Task lighting for the louche and the amaurotic 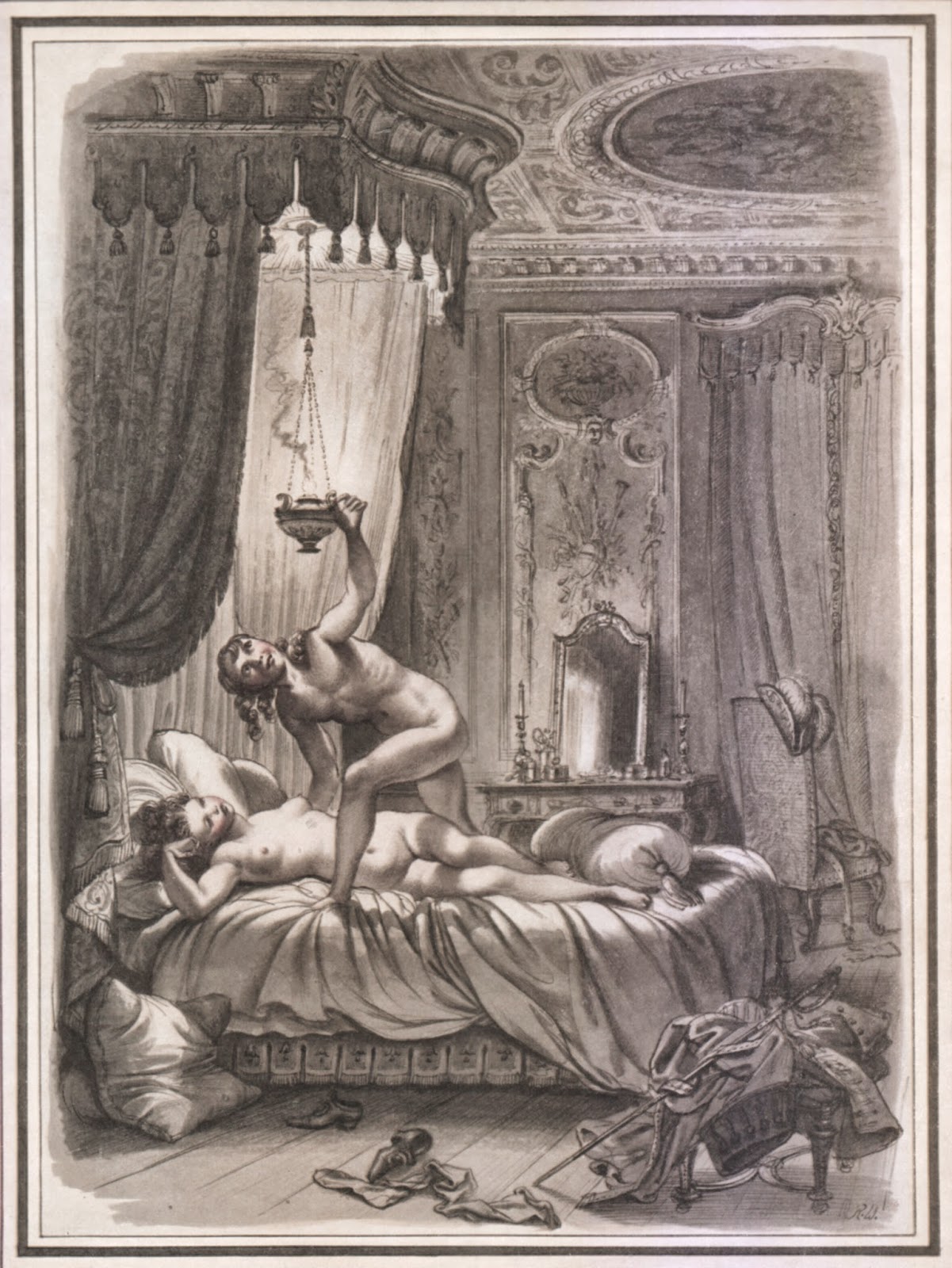 It was the way it was: our friends, hitherto as softly focused as Lucille Ball in Mame, complaining I kept the dining table too bright, and I going around my own house turning all the dimmers to screeching max. Then I went the eye doctor about what might, in some quarters, have been considered a miracle – I did not need reading glasses any longer and, to cut a long story short, thirteen months and three prescriptions for distance glasses later, not only are our friends in sharp, if Botoxed, focus (even across the dining table) but I can see everything on my plate – if they leave the damned dimmers alone, that is. 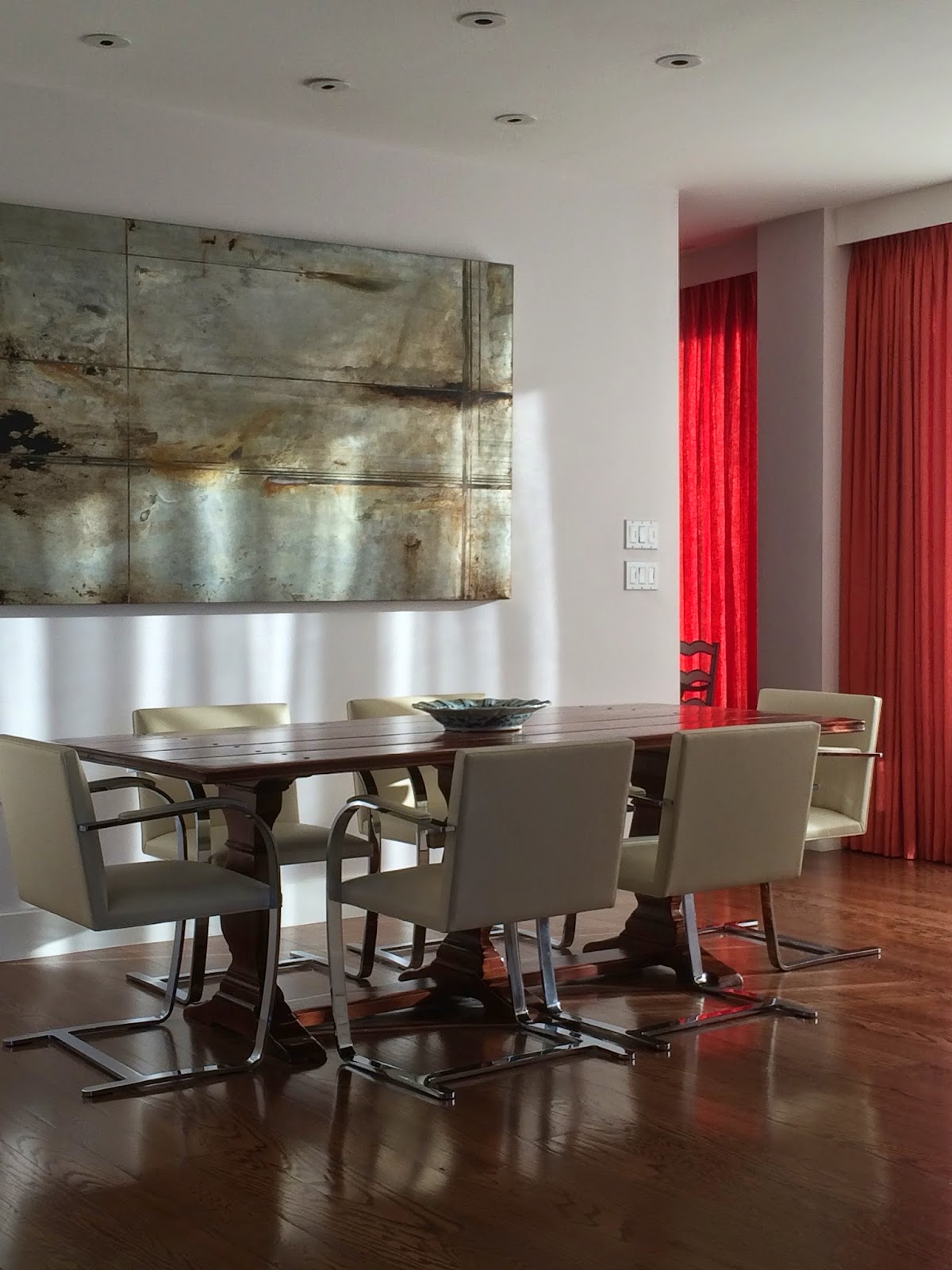 I do not understand the need for so-called romantic lighting – Rex Whistler's scenario from my copy of The Konigsmark Drawings apart – but to me all lighting is task lighting, even if that task is creating a mood. It is my distinct opinion, and one I want to have chiseled into every restaurant designer's black heart, that romance does not equate with blindness. Overall, so formulaically dim is restaurant lighting in this city, and so little relation does it seem to have to the physical spaces (the metaphysical I shall leave out of the argument) I've begun to wonder if "design," beyond the necessary calculations, is even part of the equation. 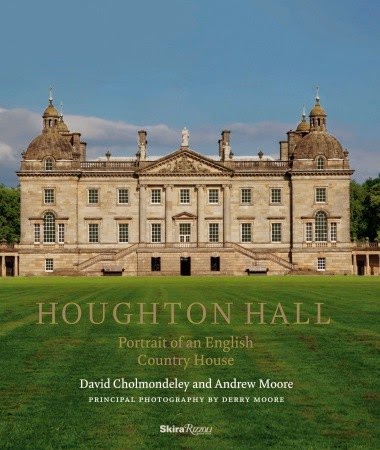 Oddly enough, restaurant lighting is only peripheral to my thoughts today, for what I'm most concerned about is not just lighting what I'm reading but, increasingly, where I find it easier to read. My iPad, easy to read wherever I am, is not part of this because it makes its own light. The two books here and the one I recommended a few weeks ago, The Interiors of Chester Jones, (still a book occupying my thoughts) are not easy to read in either of the ways I have until recently preferred – flat on my back on the sofa or with the book on my lap as I sit. What I have found is that our dining table is becoming my preferred place to read large books. In the morning, the rising sun floods the table, making any book and a cup of coffee a splendid way to begin the day and thanks to the Celt's refusal to have a chandelier blocking the view of his favorite art, there are downlighters that illuminate the pages if the day is dark.

Houghton Hall: Portrait of an English Country House by David Cholmondeley and Andrew Moore is an excellent read. Beautifully photographed, in the main by Derry Moore, and fluently written, it is a substantive (to use a dear friend's favorite adjective) book worth buying and reading. Guaranteed to make any expatriate homesick for a visit to the old homestead or a toddle down the lane in the rain. It is a magnificent house beautifully cared for, and it is wonderful that finally there is a book worthy of it. There's a beautiful photograph towards the end of the book of the owner, his wife and their whippet, in warm shades of gray. Super. 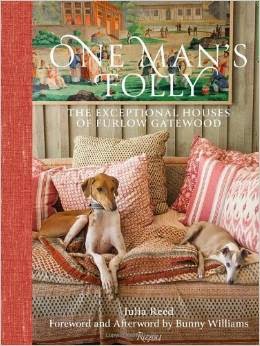 A friend who'd visited with the subject of the book loaned me her copy of One Man's Folly: The Exceptional Houses of Furlow Gatewood by Julia Reed with a Foreword and Afterword by Bunny Williams. It is a very pleasant book and I'm glad I didn't buy it.
Posted by Blue at 9:01 PM 16 comments: 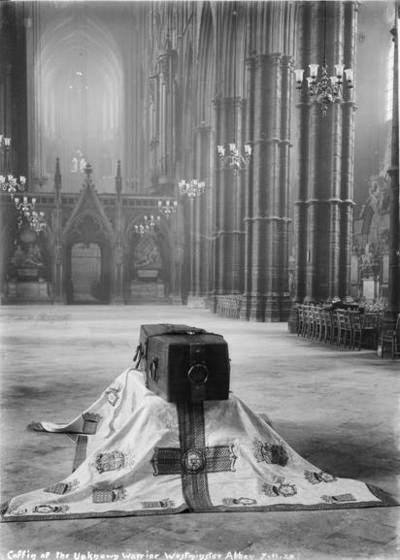 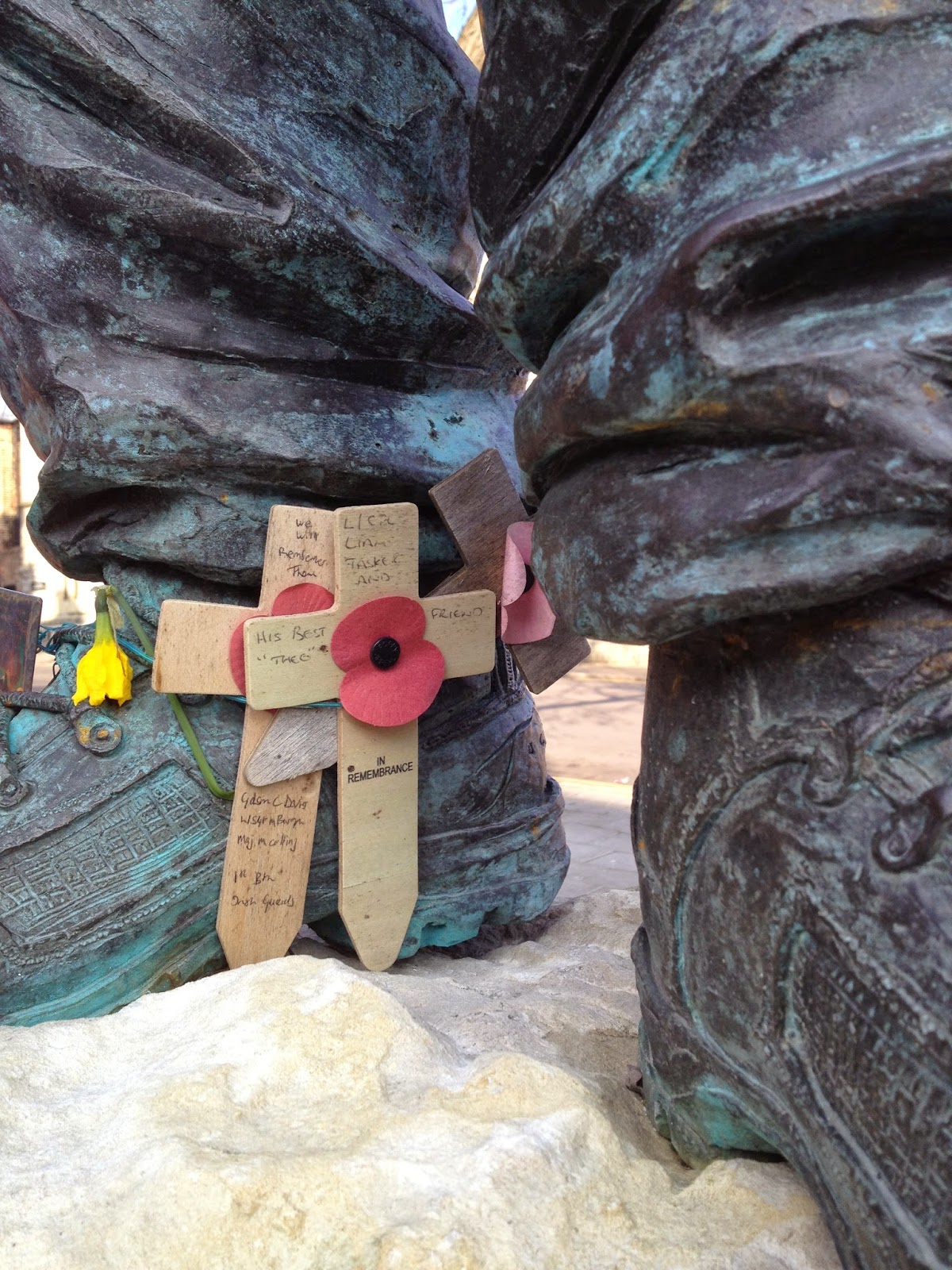 The Known and the Loved

"Might as well turn 'em into handbags now," I thought when I read that there were only six white rhinos left. "Some spokesperson could rabbit on about freezing the poor beasts' DNA against a utopian time when science will resurrect all the beasts mankind has made extinct – thereby justifying the slaughter and be a lot cheaper than keeping them in a game park." Cynical? Dead right, if you'll pardon the pun.

The news set me thinking of friends of mine, with their liking of "hair-on-hide" mid-century chairs, and, by extension, of the history of animal parts in decoration – and there is a long history of this usage. Our Brno dining chairs are upholstered in a leather so fine it could be pleather but, besides shoes and belts, there are no other bits of dead animals lying around the place. Not for us that by-product of the industrialized source of steak, the cow-hide rug, or even hipster Mongolian lambskin pillows, and certainly no taxidermy (however beautiful the butterfly wings and beetle carapaces might be) or, for that matter, horn-legged furniture. I don't even like antelope- or leopard-patterned carpet – there's something faintly ridiculous about reproducing a natural pattern in such a way it resembles nothing more than a cosmic skid mark of roadkill on the floor. 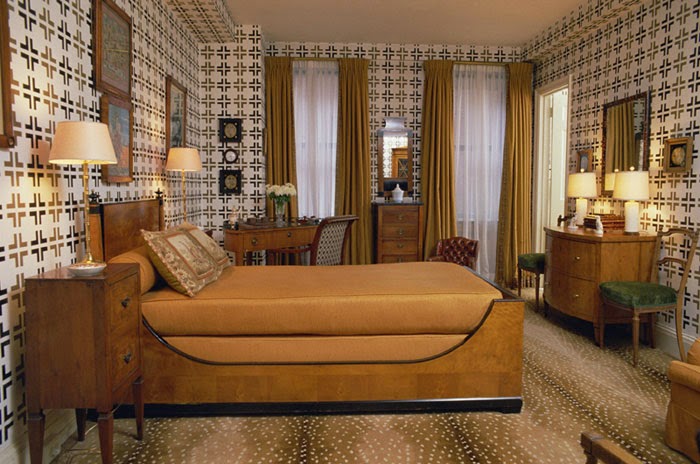 Then, on another blog, I read that some purveyor of zebra skin rugs and pillows had "reached out" to the blog author about their wares and, my distaste at that awful piece of cant used instead of "contacted me" or "wrote to me" apart, I realized how unremarkable it is to see zebra skins on floors and furniture, and there I was, in my innocence, thinking zebras might be a protected species. I suppose they are farmed and funneled to a processing plant and emerge ready for the sofa and the floor. Zebra, undoubtedly, is the upper-class version of the cow-hide rug available to everyone at Ikea for $199. 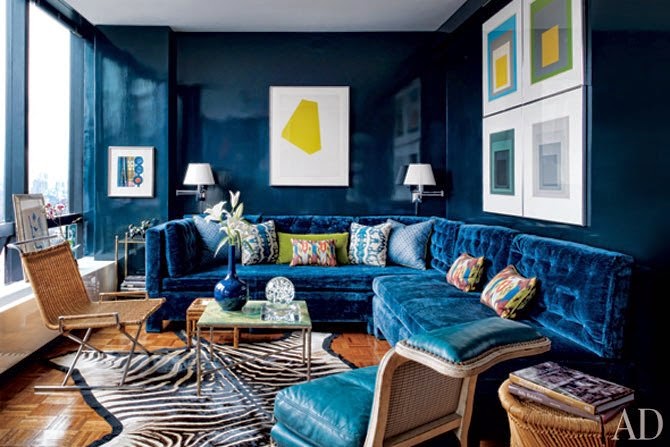 On the other hand, advice for cows or zebras learning to fly and wishing to avoid the SPLAT of a none-too-soft landing, from The Hitchhiker's Guide to the Galaxy: “The Guide says there is an art to flying", said Ford, "or rather a knack. The knack lies in learning how to throw yourself at the ground and miss.”


I chose two beautiful rooms to illustrate this essay about a purely personal reaction which in no way reflects on the designer's choices or anyone else's for that matter. The bedroom is by McMillen Inc, and the blue room is by Todd Romano. I found the photographs and the photographers unattributed on other blogs via Pinterest. The third room, found on tumblr, has it all! 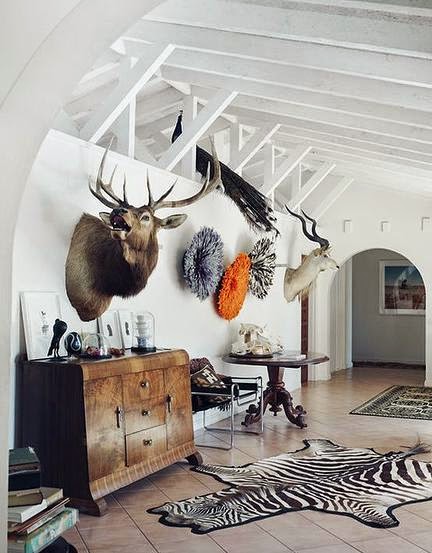