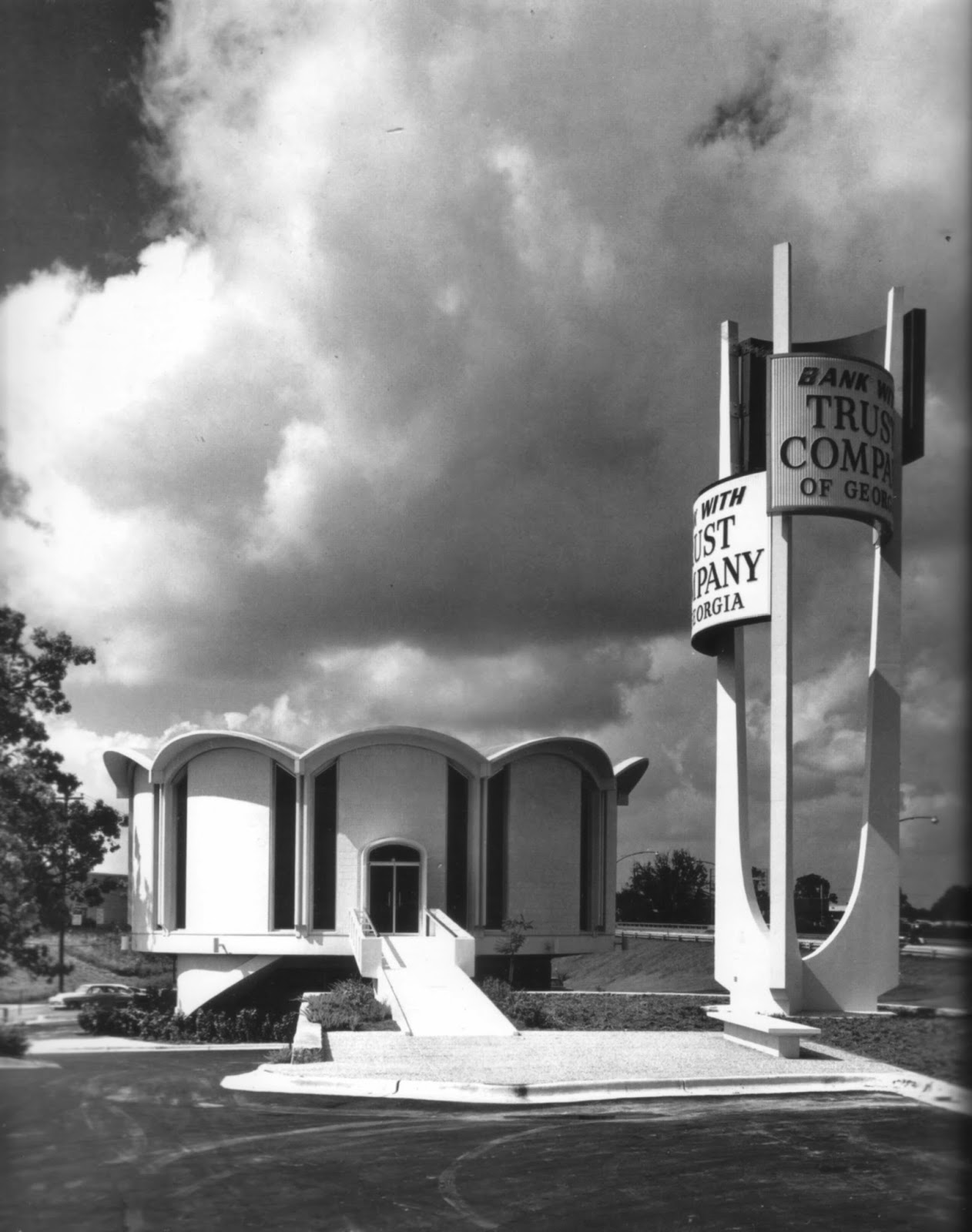 Two days ago I received a text telling me that Henri Jova had died – news to me and to my old prof who I immediately called to ask if she knew.  I assumed he'd just died, but seemingly not: according to the Atlanta Business Chronicle his death occurred two weeks ago at the age of 94. Not a nationally known "starchitect," I think, but certainly very well-known and, even more importantly, well-respected in Atlanta and I'm surprised I had not learned of his death sooner. But that probably says a lot about my being offline for a while.

With a view to buying, the Celt and I had once toured an empty house (previously his parents') in Mr Jova's Atlanta midtown compound, and we both fell in love with the pared-down classicism that also felt so contemporary. We didn't buy the house and, even now, all these years later, every time I drive past this erstwhile bank building designed by Henri Jova I think how, were it not for the ever-present noise of tyres running over expansion joints on the freeway, it would make a tremendous house. Not the easiest to furnish as a house, perhaps, a round building, but it would be tremendous fun especially if one did not assume that mid-century-modern anything was required. 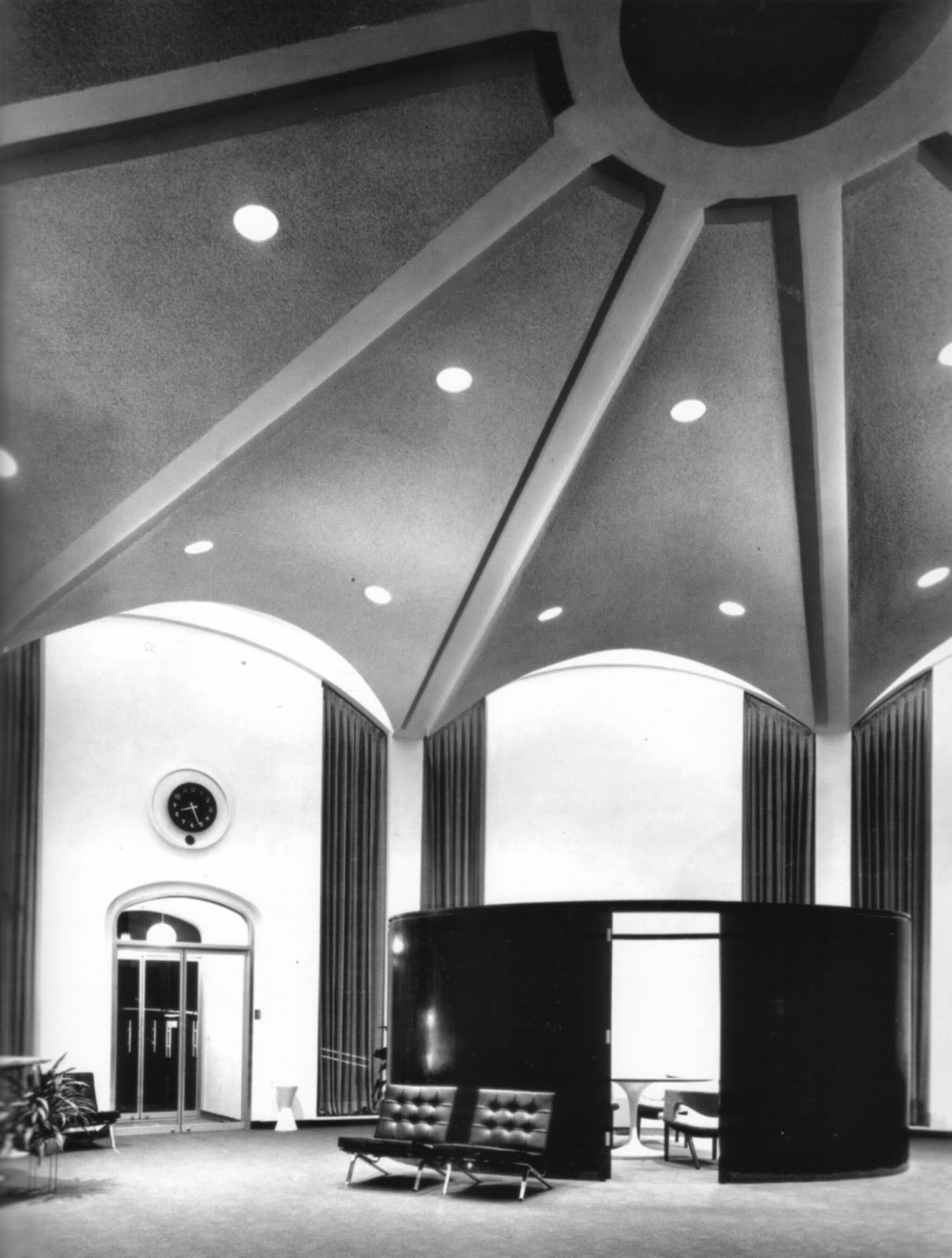 The Round Bank for the Trust Company of Georgia, 1961 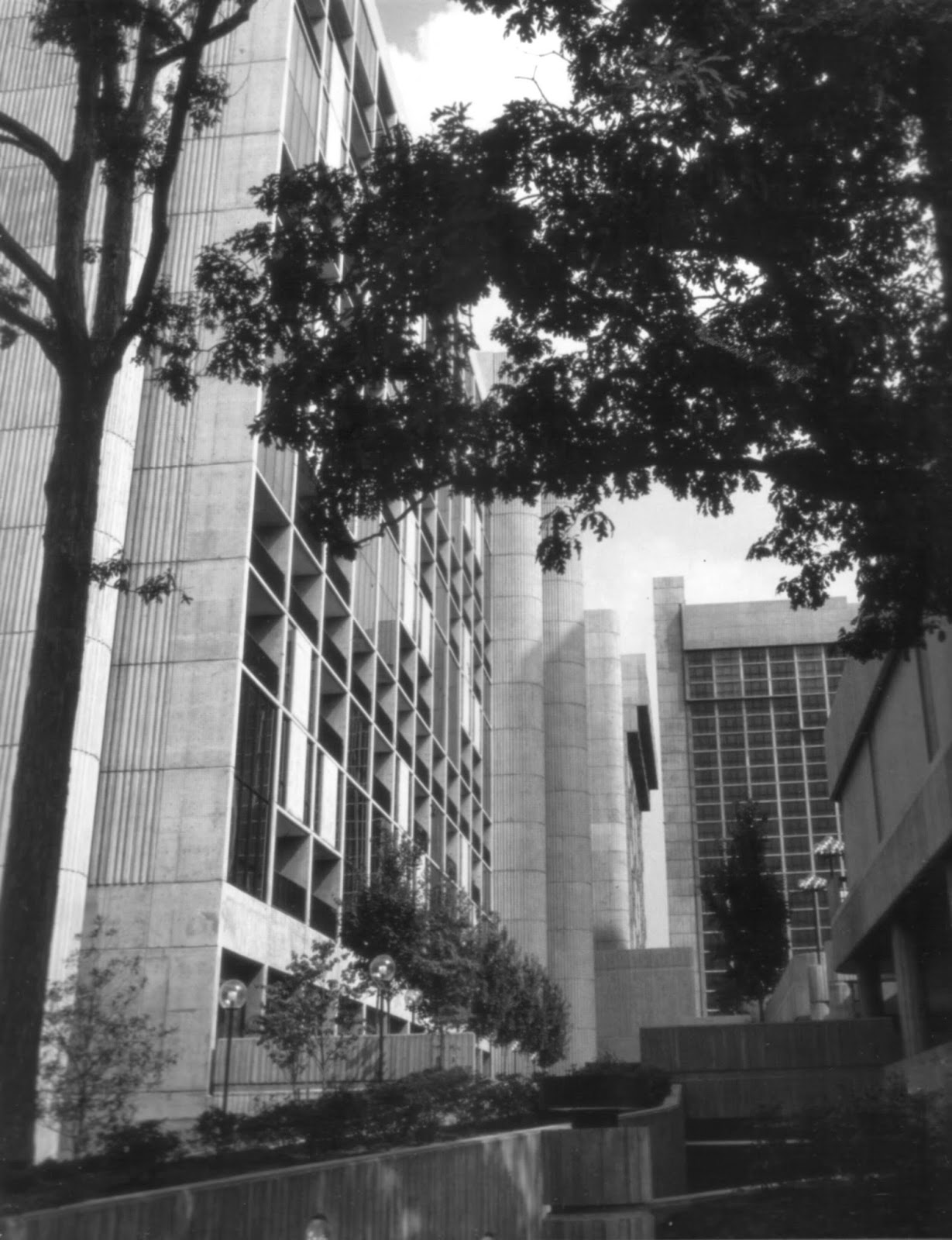 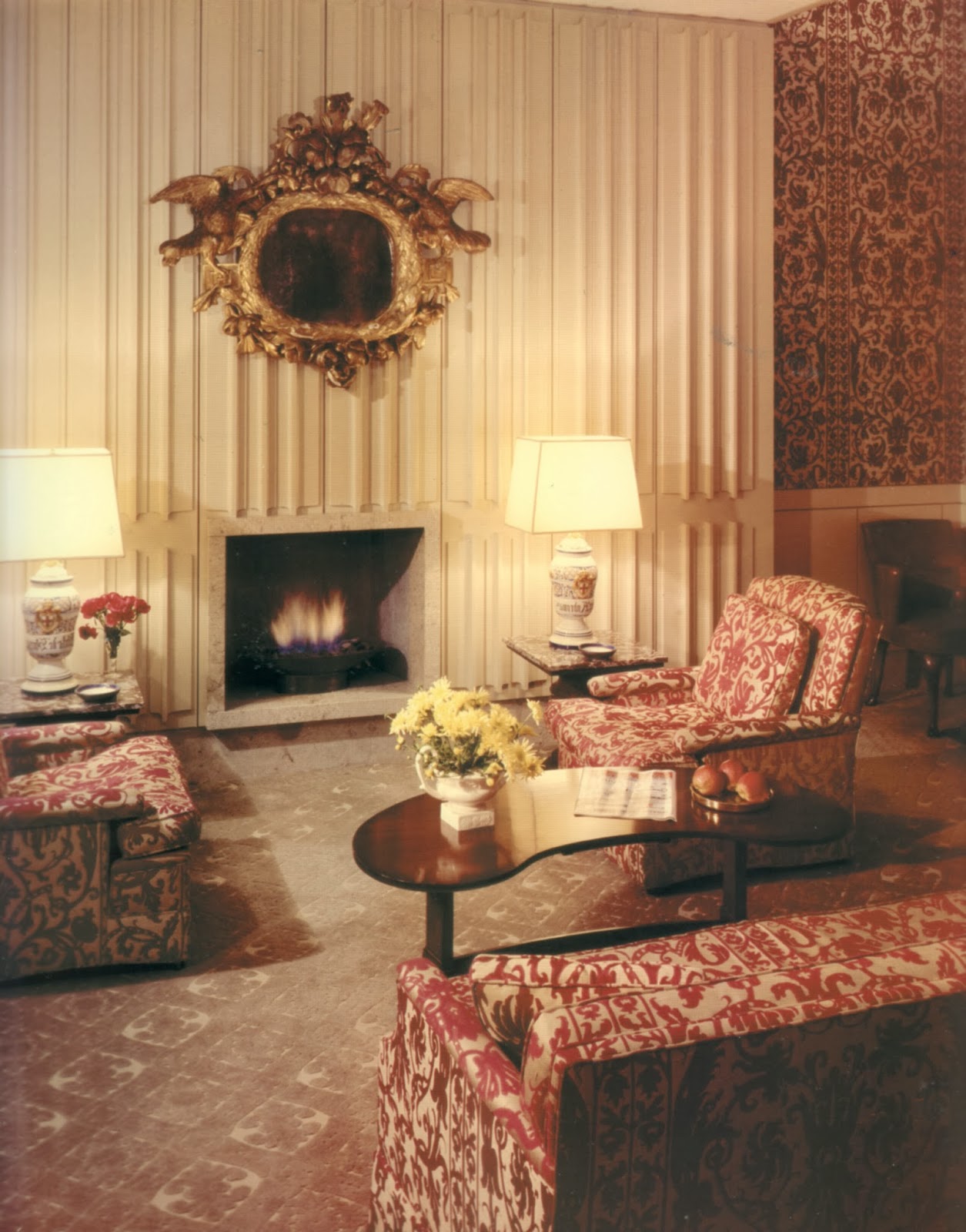 The lounge area of the bar at the Capital City Club, Atlanta 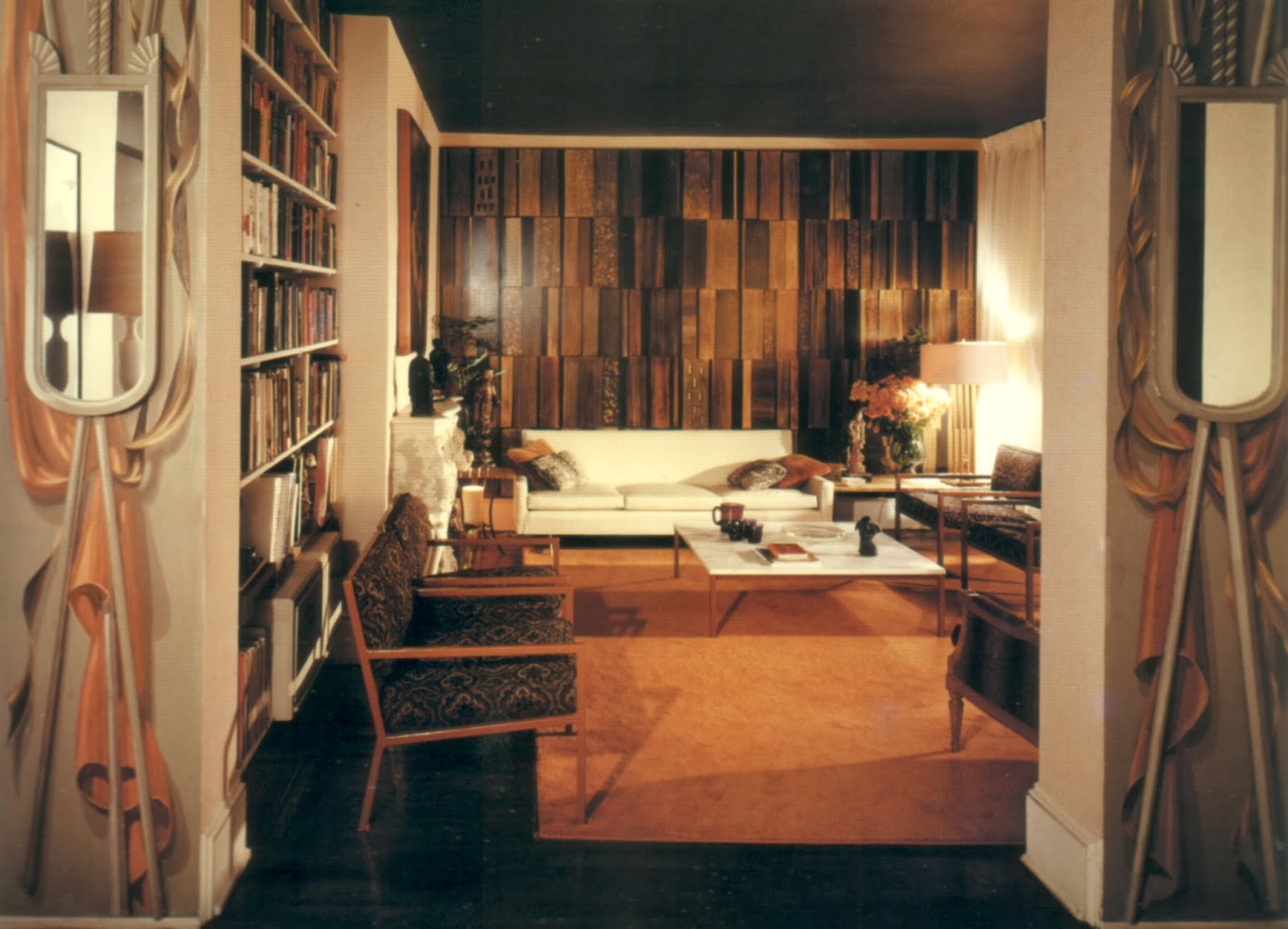 The living room of Henri Jova's midtown Atlanta house from the late 1950s.  The far wall features a multi-paneled screen painted by Mr Jova, as were the tromp l'oeil trophy mirrors flanking the entrance. 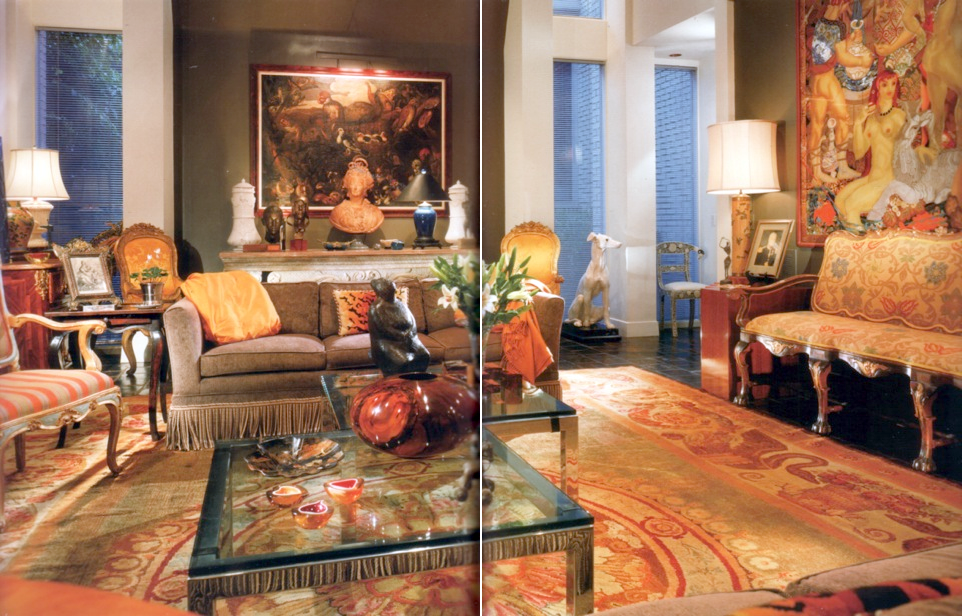 It is worth quoting David Ronald Reinhart, the author of Henri Jova, A Classical Intermezzo: An Architect's Life, at this point – succinct as he is in his homage to his partner's style.

"Henri Jova's personal style has a modern focus with an eclectic overlay that, at its best, has a certain tension. It certainly isn't a Miesian tug-of-war; the collector in Jova won that battle long ago.

"Jova had been a collector in many areas: furniture (chairs in particular), porcelain, books and paintings and artwork, which he has accumulated throughout his life. His treasures might be from the 18th century or from the flea market, or even something he made. Decorative value, not intrinsic value, is what is most important to him.

"Jova, a master of color, quotes Edith Hills when he says that 'all colors go together .... if you know how to use them.' Jova follows another rule, this time one his own, when it comes to scale in interior decoration: Better too big than too small."

A while ago a discussion of timelessness began and although that discussion ran its course, I'd like to say that in Henri Jova's interior decoration there is a sense of the abiding in his "modern focus with an eclectic overlay," or rather the combination of modern architecture with comfortable and colorful, spirited and erudite decoration. 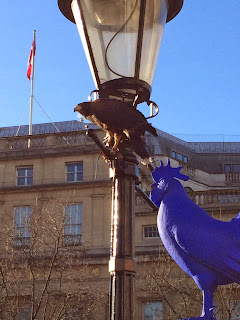 Not three feet from where I stood at the balustrade outside the National Gallery a sparrow hawk eyed me and then turned back to busy itself with its claws and whatever plans it had for decimating the pigeon and sparrow populations of Trafalgar Square. Judging by the dearth of either bird, the hawks. (apparently introduced for the purpose of depopulating the avian folk of the neighborhood) are doing a good job. For it's not often one got across Trafalgar Square without being shat upon by a pigeon or three. 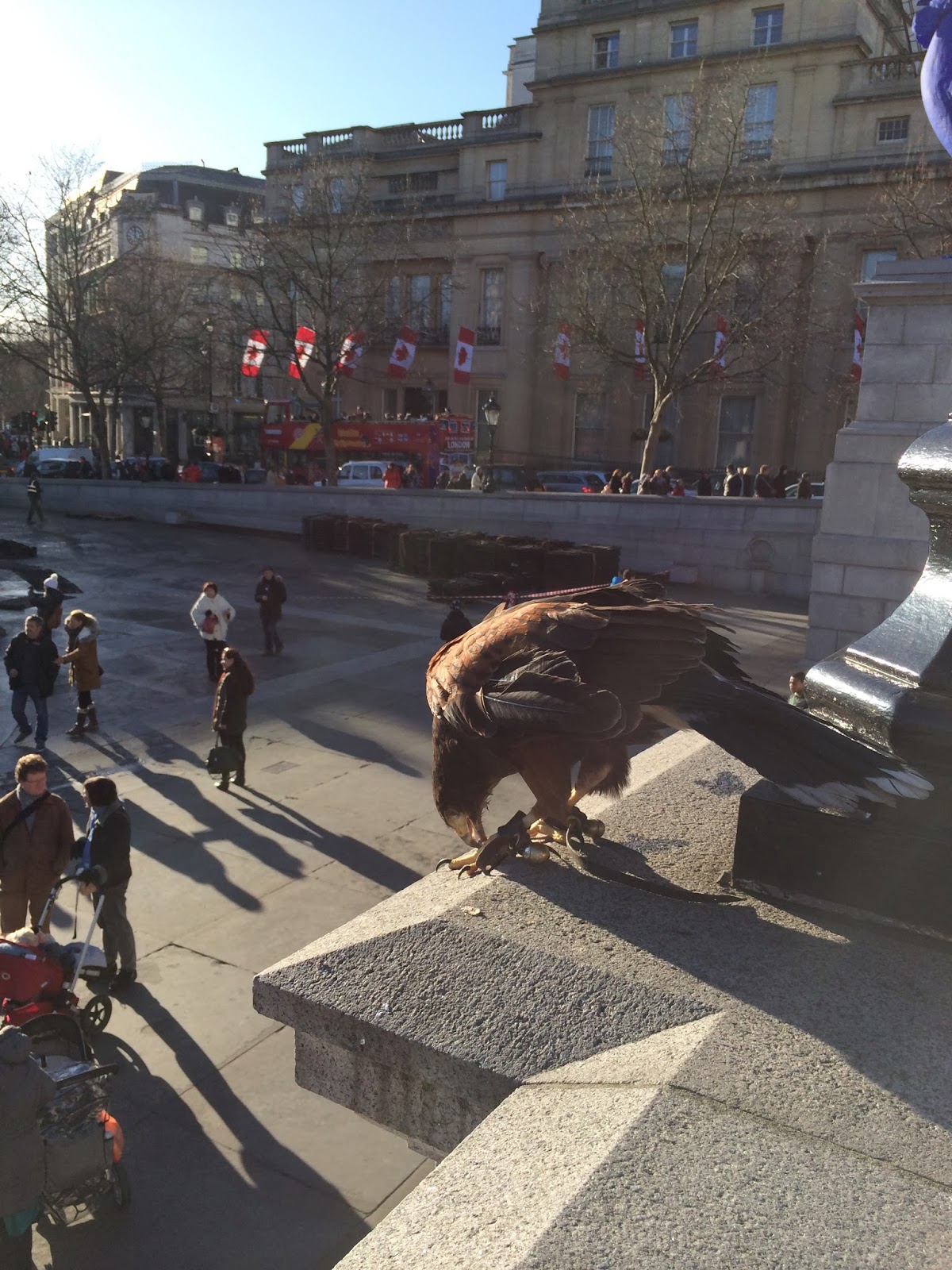 It would, I suppose, be unhealthy to wish that something similar might be done with the tourists that seem to clot together in impassible clumps, be it in London, Rome, Milan or Venice. 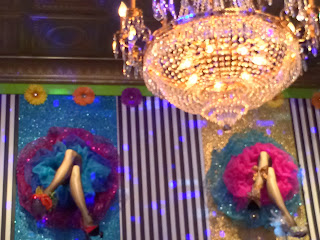 With a similar lack of goodwill to my fellow man drag queen I whined all the way to the continuation of a birthday event (ex-student, just turning thirty) last weekend. Not my first choice, a drag bar, but the Friend of Dorothy Draper vibe caught my attention as I sat at the twenty-foot-long cloth-clad table and immediately broke a champagne glass flirting with the biggest rack I've seen since "Chesty" Morgan during the 1970s. 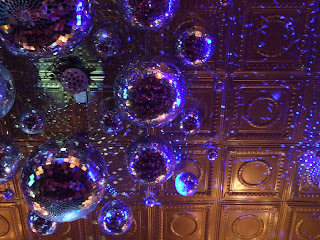 I don't know who designed the place but I like it. My problem now will be to avoid becoming one the sad old geezers stuffing bills down cleavage. But, on the bright side, there's no VPL on a drag queen and that says a lot.
Posted by Blue at 7:56 PM 14 comments: 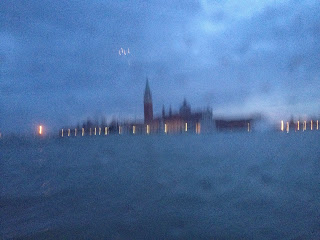 … said my oldest friend when, after more than twenty years of not seeing each other, I admitted I no longer drew or painted the miniatures that once were my relief and refuge. An interesting coincidence, I thought, given that not hours before I'd walked around the National Gallery thinking to myself, "I used to do that."

"It's a sin!" A statement, simple and direct, but one of the many gifts and blessings this holiday brought – like the brother I never knew I had. More of that later when jetlag is passed and my brain returns, I hope, as quickly as it seems to have left.
Posted by Blue at 10:49 AM 6 comments: