Glowing in the gloom The Celt and his mama have gone to church, I remain in the breakfast room listening to the waiters, watching the boats pass by the windows, listening again to "Oh Holy Night" much as we did yesterday outside the church of San Vitale, and marvelling how even in the morning gloom the colors of Venice glow. And they do, especially on the walls surrounding me. 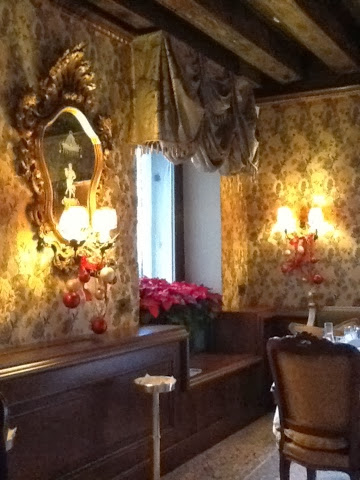 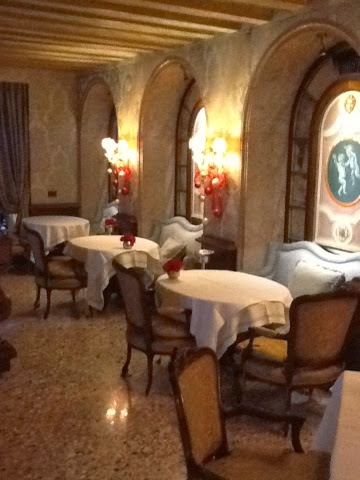 Yesterday afternoon, looking at the subtle warmth of the pinks and corals of La Fenice, how balanced they were with clear pale greens, natural whites, faux marbre, scagliola, acres of rococo gilding and shaded lamps, I wondered at how, at home, color speaks in gruff, hoarse tones from which accent and nuance are gone.

Perhaps too serious a subject for today which is, after all, the celebration of a Promise glowing in the gloom two thousand years long. 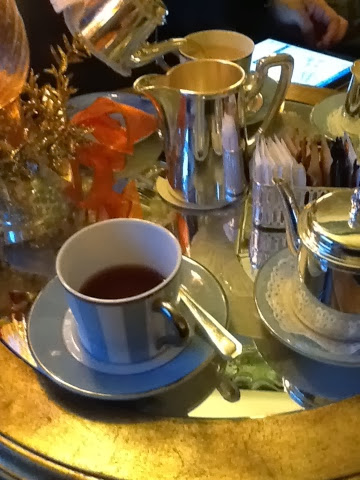 Tea in the hotel bar after a day walking. 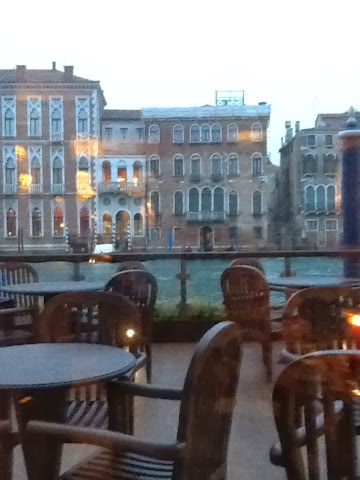 When did I write this? I thought, when I found the following – not that anyone else could have written it in the Notes app on my iPad – but I really haven't any recollection of it. On a plane journey, perhaps, or in the middle of the night when sleep toys with me.

" … but I might lie on that floor in front of the fireplace, pillow under my head, on a night when watching snow fly outside the windows palls a bit,  Fido by my side, iPad in hand, reading and sipping a glass of amaro. The Celt in his chair, the tired shuffling of his feet suggesting it's time for bed but he's waiting for me. So we close our iPad, Fido and I, the Celt helps me off the floor, and we go to bed, he to sleep, Fido to his basket, and I to lie awake next to the Celt, watching the snow the while convinced I can hear it over the two of them softy snoring. My hand under the pillow next to mine, my eyes will close soon enough, as the snow continues to fly behind my lids… "

The major theme of this blog has always been home and because of what I came to perceive as my superficial exploration of the theme, it has become a burden. I don't want to stop writing – despite appearances this last few months – what I want is to explore that which interests me more than the facile surface of home – the wider, more universal meaning hidden, mostly, in a blizzard of fatuity.

The man needs a vacation, you might think; and if you did so think, you'd be right. And this weekend, the 35th anniversary of when we met, the Celt (more in need of a vacation than I) and I will fly to Rome. We're staying at my favourite hotel, just along from the Piazza del Popolo, with views up the Pincio. Nothing is planned except a visit to an exhibition at the Scuderie del Quirinale. 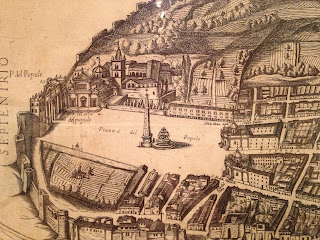 Walking around Rome is one of the most perfect of pastimes – though there have been times when, feet so tired, I wondered how I'd ever get back home. I learned on that first visit to Rome to take a hotel at the bottom of a hill – the Spanish Steps (the widest and most tourist-thronged stairs in Europe) being absolutely no help at all when one almost has to be winched up for a drink at the Hassler Hotel. 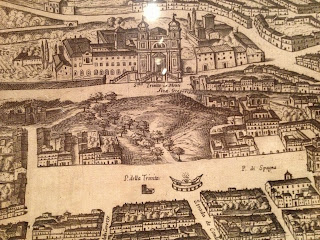 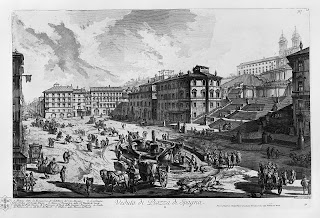 After Rome we go to Milan where likely I'll be parked in the Duomo whilst the Celt and a friend from Amsterdam, now living in Geneva – and whom we've not seen for twenty years – go boutique-hopping together. I cannot abide shopping for clothes, though yesterday, whimsically, I bought myself a new Barbour. We have tickets for Leonardo's Last Supper and I'm very much looking forward to seeing the Duomo facade with its combination of Gothic and Classical styles. 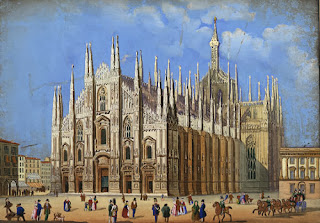 Christmas itself we shall spend in Venice, together with the Celt's step-mother. Our hotel, newly renovated and on the Grand Canal with a magnificent view of Santa Maria della Salute is one we've not stayed at before. 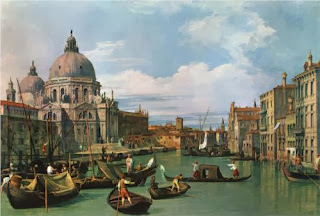 After Venice we fly to the north of England for a visit with my family, where it's likely not to be snowing – but if there's snow on Pendle Hill then I'll be pleased. Thereafter to London for a visit with the Celt's family and our oldest friends. We're back at New Year.

Joyous holidays and a happy New Year to you all. Auguri!