What happened to color in interior design? The reason I'm asking is that yesterday I saw a magazine cover showing a room with white upholstery relieved, as far as I could tell, with a dab or two of dark brown. I wasn't interested enough even to open the magazine to see if the whole house was like that, and kept on walking, mulling over what I had just seen.

I understand the latest fad, the Belgian thing, the natural linens, worm-eaten woods, faded carpets, hand-loomed stuffs, crumbling lacquer, hand-formed brick, smoke-smudged chimney pieces, lamps giving off puddles of dimness, the single, perfect Asian ceramic, a browned-off portrait or two. I get it, I really do, but I find it dour, ashen and joyless.

So what happened to color? When did what happened, happen? Did we just wimp out or, I wonder, did the knowledge of how to use color die with that lost generation? That they and their predecessors reveled in color is obvious; that the remnant of that generation, Mario Buatta, Albert Hadley, et al, uses color superbly is equally obvious and, unfortunately, too reminiscent of times gone by. It makes me curious if, in the present generation and I'm not talking about monochromatic schemes with the occasional accent in a complementary color, there are those who could bring such a complex infusion of color to decoration.

I'm glad I found these photos of the beautifully colored rooms Mr Harrison Cultra created in a Federal house, Wildercliff, on the banks of the Hudson River. I remembered them from long ago but had forgotten how extraordinary comfortable and welcoming they seemed to me then. They're joyfully colorful, traditional rooms befitting a Federal House updated for modern living by a decorator who totally knew what was appropriate - no slavish historical recreation here. The owners of Wildercliff had seen the inside Mr Cultra's own house and wanted something just like it. I wanted something like it and I remember how, ten years before I came to live in America, this house, this summer breeze from the Hudson River Valley, epitomized everything I loved about this country - but that is another conversation.

Imagine the conversation between these rooms and their setting when Fall first ignites and also how this decorative scheme could carry the promise of Spring through the winter months. Who could not love being in this house, snow swirling, wind howling off the river, candles lit and fires burning or, on the first warm days after winter, opening the doors and windows to catch the breeze and smell the budding green?

I wonder if they still exist, these rooms? Twenty-seven years is a long time in the life of a well-beloved interior and naturally I'm curious about what happened to them. Their designer, Harrison Cultra, one of the best of his generation, died of AIDS, aged forty-two, eight months after this interior was published. 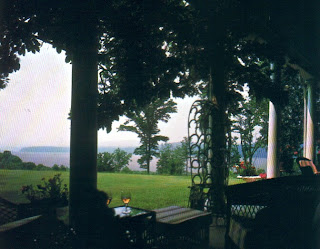 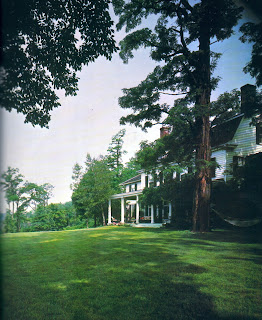 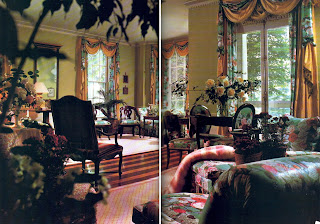 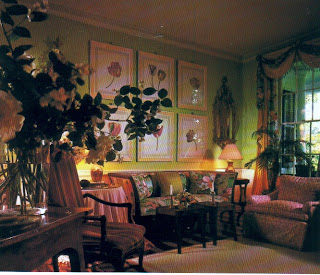 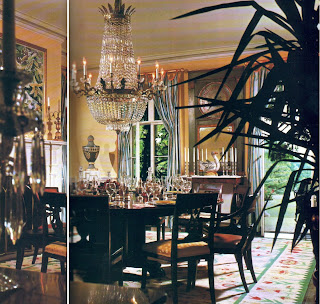 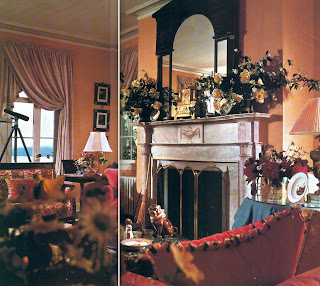