Wet days, a mountain view, and the progress of love

Hard to imagine, perhaps, but one of the most beautiful aspects, to me, of the Frick Collection, is the muted murmur, the continuous crackle and creak underfoot, of the wooden floors. On a rainy day, as it was a couple of Sundays ago, that softest of sounds had but one counterpart in the soft splash and plop of rain on leaf and pond - the sound of introversion and contemplation - in Russell Page's beautiful courtyard garden, itself a reflection of the court at the centre of the museum which, in its turn, is nothing more than the atrium with its peristyle and impluvium of Ancient Rome.

The night before we'd talked at dinner, the four of us, about second homes - for me enticing but for the Celt, a not-so-captivating idea. For our friends, two men from London, a second home was nothing more than an extra expense, extra responsibility, etc., a dismissal so heartfelt and final I was glad I was old or wise enough not to argue. I understand all the arguments against such an establishment but, much in the way the Frick's courtyard garden attracted me because of its sense of enclosure and separation from the noise of the city, so does a small place - a recourse rather than ivory tower - surrounded by woodland, within the sound, if not the sight, of falling water, blind to the road but open to a courtyard that captures, each in its season, the fall of sun, moon, rain, snow and leaf. 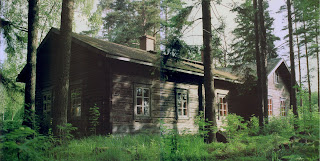 Another drenching storm had passed when, last weekend, we drove up the steep and winding road to the great white house atop a mountain in North Carolina. A weekend house filled with elegantly dressed people invited to meet two of the the Million Dollar Decorators, and from which the mist-softened panorama of the wooded slopes of the Appalachians came as such a beautiful surprise. To stand, even for a few minutes, under a sky no longer ominous but still flickering with lightening, deaf to all around and looking at a view so rare, was the most invigorating of moments. 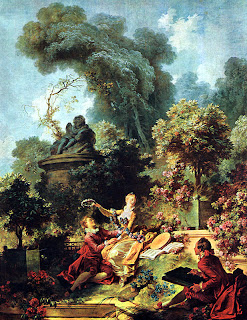 It is hard to say how many times over the years I have visited the Frick but it has never palled. The Fragonard Room, in which his The Progress of Love is arrayed, is the perfect room in which to while away a book-riddled hour or two on a dim, wet and fire-lit day. These paintings, at the end of the 18th century, having been rejected by Madame du Barry, came to hang in Fragonard's cousin's house in Grasse. This reminds me, as an aside, that Roderick Cameron described Charles de Noailles, who had a villa and garden in Grasse, as one of the world's great gardeners - a compliment indeed from such a talented man as Cameron.

Our two friends from London, and this is their progress of love, asked us to go with them the following Monday to the Office of the City Clerk in Manhattan and witness their wedding - which we did, in the lavender-decorated ceremony room. I'm pleased to say that neither the color scheme nor the continuing rain dampened their ardor.

Photograph (cropped) of Finnish cabin from 1609 by Paul Wistman, accompanying text by Klaus Eriksen, for The World of Interiors, January 1986.

Image of Fragonard's The Lover Crowned from Wikipedia Commons.
Posted by Blue at 8:58 PM 12 comments:

"Oh, you need a three-hundred-pound seat" the brisk female voice on the other end of the phone said after I had explained, as delicately as I could, and without embarrassing either of us, that ... well, let me put it this way, and without being overly euphemistic, both bodily functions could not take place at the same time within the aperture of the seat of the "beside commode" I'd been given when I left hospital. The aesthetic desecration of our Philippe Starck-designed toilet pot caused by this baldly utilitarian object, with its white tubular construction, grey plastic lid and splash guard, was of little consequence compared to the ease promised by its 21-inch-high seat - six inches higher than the one above which it hovered - a promise short-lived in the event, for the reason given above. If I understood that person correctly, this method of assessing the required dimensions of a toilet seat – by the weight of the user - was new to me and, it has got me wondering about what I know. 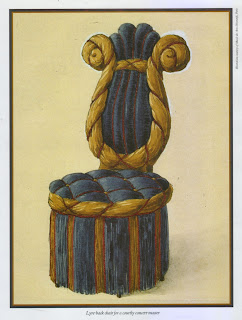 It is only at times like these, in my case a temporary disability, that it comes upon one that the beautiful rooms one has gone to great lengths to create come up short in one vital aspect - accessibility. I found that much of our furniture, except the bed, no longer worked for me – or rather, with me. Until this week, the fourth since surgery, there has been but one chair – one of a set of four Provençal dining chairs with arms we bought 25 years ago in France – that has been in any way hospitable to my condition. The chairs and sofa in the living room, the library and the bedroom, all by well-known designers and from reputable manufacturers were, variously, too deep, too low, too springy, or too soft - qualities which in normal times may be much appreciated. We got the decoration right, but what we forgot was to make the rooms usable in all sorts of conditions. So, for a month, I have perched like a petulant parson on a dining chair, surrounded by furniture I could not use, immensely thankful for the arms (in more ways than one) that surround and support me.

I sit now at my writing table, in another of those Provençal chairs, propped by a pillow at my back, and though this morning I heard from the surgeon that everything has gone brilliantly and I may drive and fly again, I'm still too wary of the other furniture to try and sit in it. Sit in all I shall, eventually, but the lesson has been learned - function is prime. It is the ergonomics, the universal user-friendliness informing the design of furniture that counts. 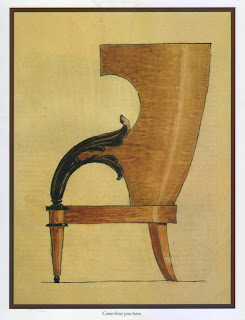 This morning I looked around at the surgeon's waiting room and thought again what a difference there is, generally speaking, between the residential side of the interior design profession and the contract side - not necessarily a difference that is universal but one that comes down fundamentally to the training either side receives.  There was so much space, though none wasted, for allowing free movement of wheelchairs, walking frames, and couples side-by-side supporting each other.

At home, when we remodeled, we got our openings – the doorways – right, in that I was able to get the wheelchair and, later, the walking-frame comfortably through them – not something that could be said of many houses around this nation. But where there is a registered architect, a licensed interior designer or an experienced interior decorator involved, there should be no problem with clearances or accessibility in residences, and there will be a universality of design - the rooms will not be hostile environments to those who are in any way, and however temporarily, physically challenged. 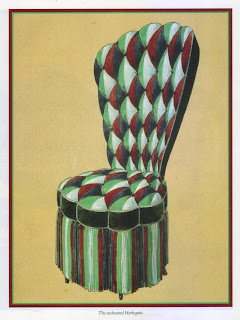 Drawings of chairs by Emilio Terry from an article written by Marie-France Boyer for The World of Interiors, November 1987. 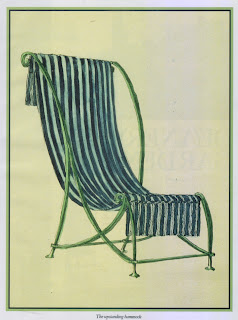