I took last week off from blogging - it seemed almost that I'd reached the end of my search for material about what a friend called dead decorators yet I was able to find more about some I'd already mentioned, one I had never liked but was forced to reassess, and one whose name I remembered but had since his death dropped into obscurity. I have no doubt there will be more from thirty years ago who will tread again on this stage.
Thirty years - the very idea that what is so fresh in my memory can have happened so long ago, for some of you more than your lifetimes, is quite stupefying . Gazing unsteadily at my own mortality, I suppose. The men who I am writing about had to come to terms with their mortality more rapidly than they would today for they lived in what was for them uncaring and mean-spirited times, with society's leaders who, whether by intention, sin of omission, or indifference, judged them as being deserving of their fate and where research into the nature of their disease and a search for a cure had a resentful nascence. 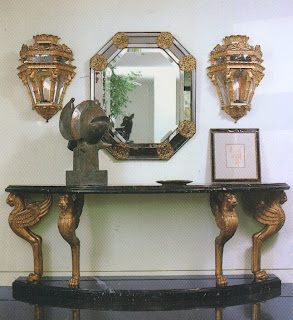 Another reason I took time off last week was that I felt, rightly or wrongly, there was not much more to say about decorators of the calibre of Kalef Alaton that I had not already said. I realized too that my search had perforce become occidented, not in itself a bad thing, but there were designers on the east coast of whom I had, other than their names, little or no information.
Beyond mentioning that the bedroom and bathroom with their tart's knickers shades are appointed in what could be considered a more popular form of 1980s decorating - in complete contrast to the restraint of the formal rooms, I shall let the photos of Kalef Alaton's design of a house by Lake Washington speak for themselves. 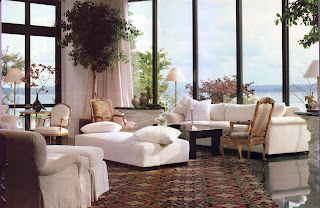 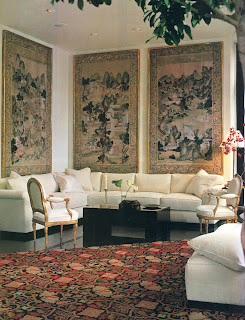 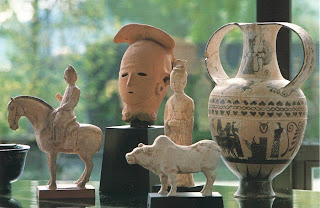 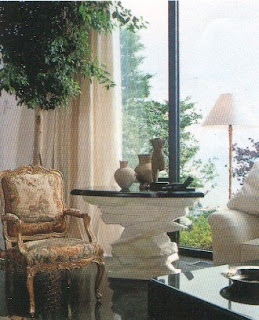 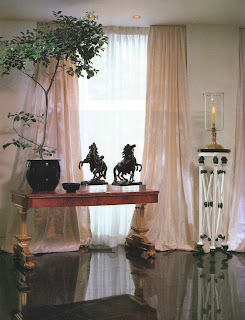 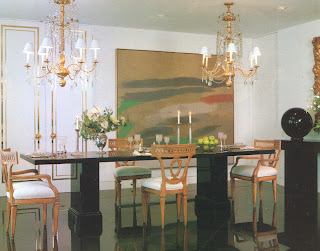 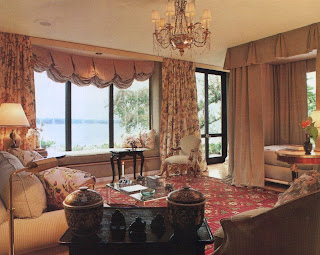