Arthur E. Smith, Billy Baldwin's protege and partner before Baldwin's retirement in 1972, created these rooms for Andrew Crispo, a Manhattan gallery owner, of whom much has been written elsewhere. However, the client is not under review here - merely his possessions and good sense in choosing Mr Smith as his decorator. 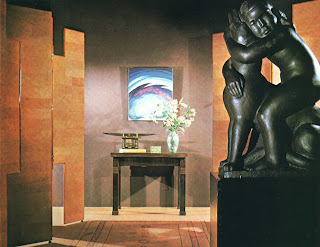 In the original article written by John Loring a list, in the guise of being a distillation of works by preeminent artists, designers and craftsmen of the 1920s and 1930s, of Mr Crispo's possessions is gazetted, and an impressive account it is: a 1933 William Zorach bronze; Morris Louis, Georgia O'Keeffe, Stuart Davis, Arthur Dove and Robert Motherwell paintings; studies by Geogia O'Keeffe and Marcel Duchamp; an Eileen Gray cork folding screen; Emile-Jacques Rhulmann armchairs and table; Josef Hoffmann vase and cache-pots; an Egyptian mask; Jean-Michel Frank table, desk and dining chairs; Tiffany plates and Jean Puiforcat cutlery. 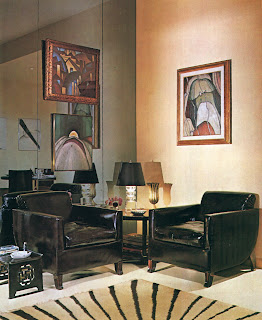 "The room's pale-toned decorous background intensifies the pure contours of the furniture and was created for Mr Crispo by a close friend, Arthur E. Smith, who also helped select some of the rare furnishings throughout the apartment." Designed and to a degree curated by a decorator who had worked for and with the best and who in his time became one of the best of his generation, this rooms have dated little. In a previous post about Arthur E. Smith I said the same thing about a 1977 design - in its aesthetic differing from his work for Crispo, but sharing the same quality of agelessness.

Another quality Mr Smith's work shares with most of the other decorators I've mentioned in the past weeks is that of gentleness. Not from him the aggression or the excesses of some of 1970s decoration, just a job done well, illuminated with a clear understanding of what is appropriate. 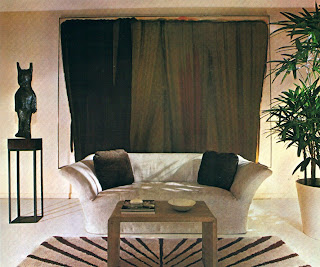 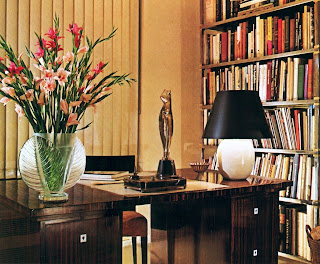 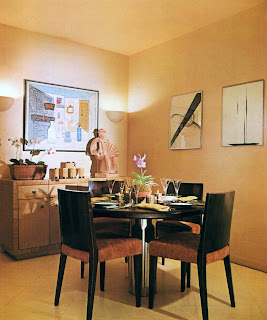 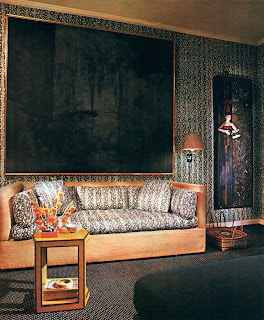 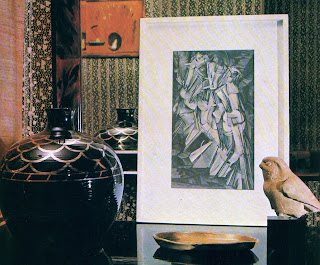 Photos by Peter Vitale from an article written by John Loring (from whom the quotes) for Architectural Digest, March 1980.


The cocktail of the week is a Foggy Day and given a week which included a partner who awoke in the middle of the night to find he's allergic to mussels - this after years of eating tons of them, and all other sorts of hell breaking out, the name of the cocktail is entirely descriptive of my state of mind.