wrote a song, perhaps at one time one of the most famous, when his son was killed in action in World War I - Keep Right on to the End of the Road - a stirring, brave and by our standards perhaps, maudlin anthem to the lost. 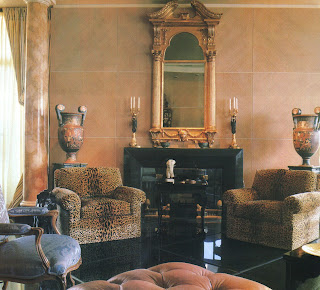 Would that our lost had their anthem: those decorators, those architects, those designers, those gay men and women, those fathers, those mothers, those brothers, those sisters, those sons, those daughters, those friends, those almost-forgotten, except when in an idle flick of a wrist something special leaps off a page of an old magazine, and we remember. 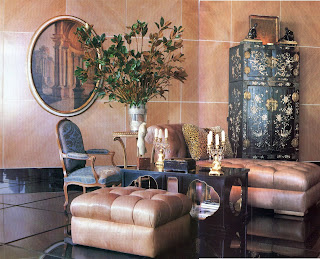 Kalef Alaton has been a very pleasurable rediscovery, of them all, my favourite. There is one more post to be written about him after this and then that's it. I'm almost there, at the end of the road, that is. There is nothing else till more research is completed and until then I shall be, in the slightly misquoted words of Sir Harry Lauder ...
Roamin' in the gloamin' wi' ma laddie by ma side,
When the sun has gone to rest, that's the time that I like best,
O, it's lovely roamin' in the gloamin'! 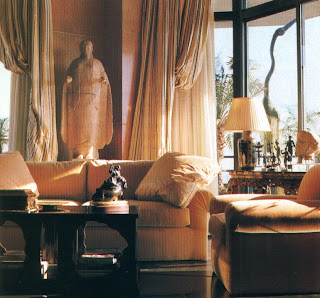 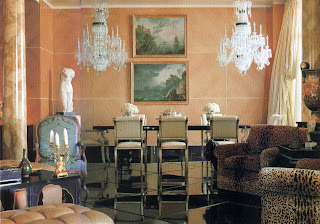 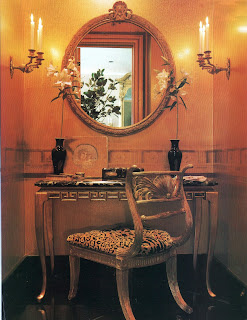 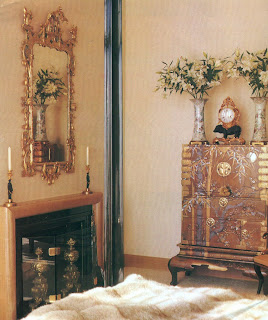 Photos by John Vaughn from Architectural Digest October, 1986.
Posted by Blue at 4:48 AM