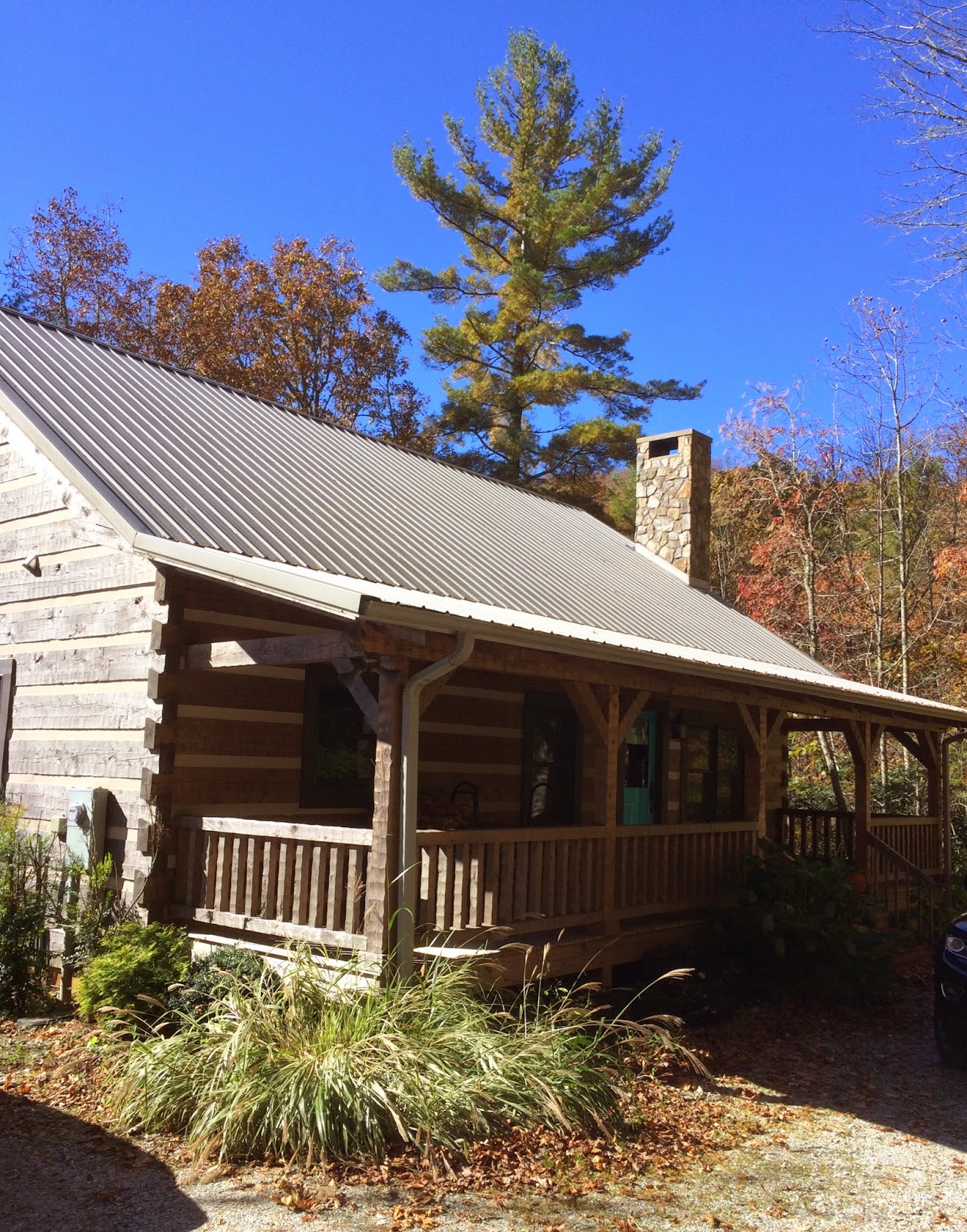 We spent part of the weekend in Highlands NC, at our friends' cabin. A simple, rustic place it is not; architecturally, it might resemble the log cabins the Finns introduced to America but the kinship isn't close. Wise enough to leave the structure as they found it, and knowing only too well the so-called mountain style available locally, our friends employed a young Atlanta designer, Niki Papadopoulos, to furnish and decorate the place. No easy job, I think, given client's requirements, budget, and the physical limitations of a two-story cabin (placement of doors, hallways, etc., ) but it is a successful one. There's nothing even faintly resembling an "Orkney" chair or any other form of rusticity (one exception is a belated housewarming gift of a fox doll given by a friend which perches on the fireplace against the frame of a beloved painting by the late mother of one of the owners), and certainly nothing that indicates any understanding of straw (see below). 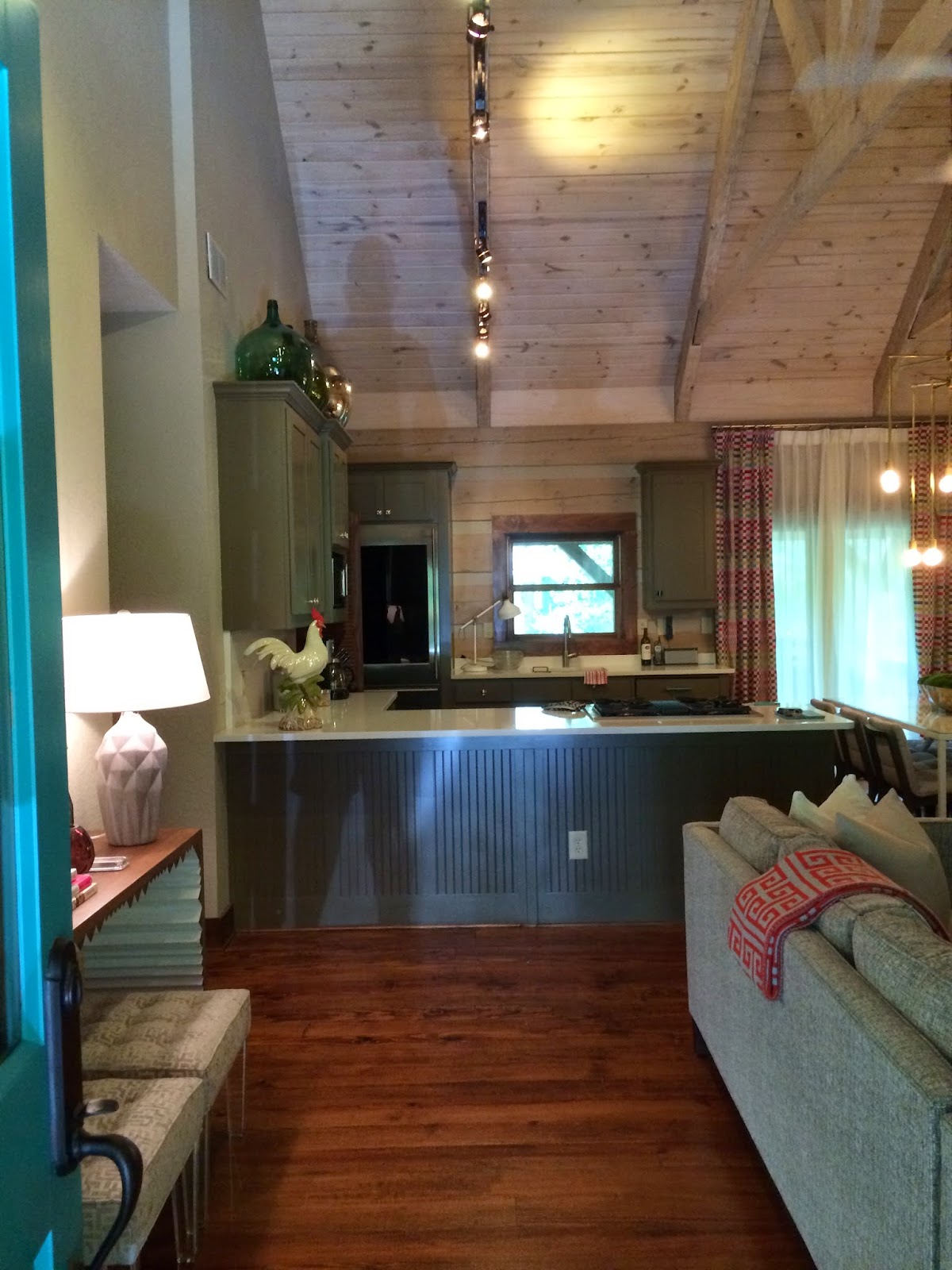 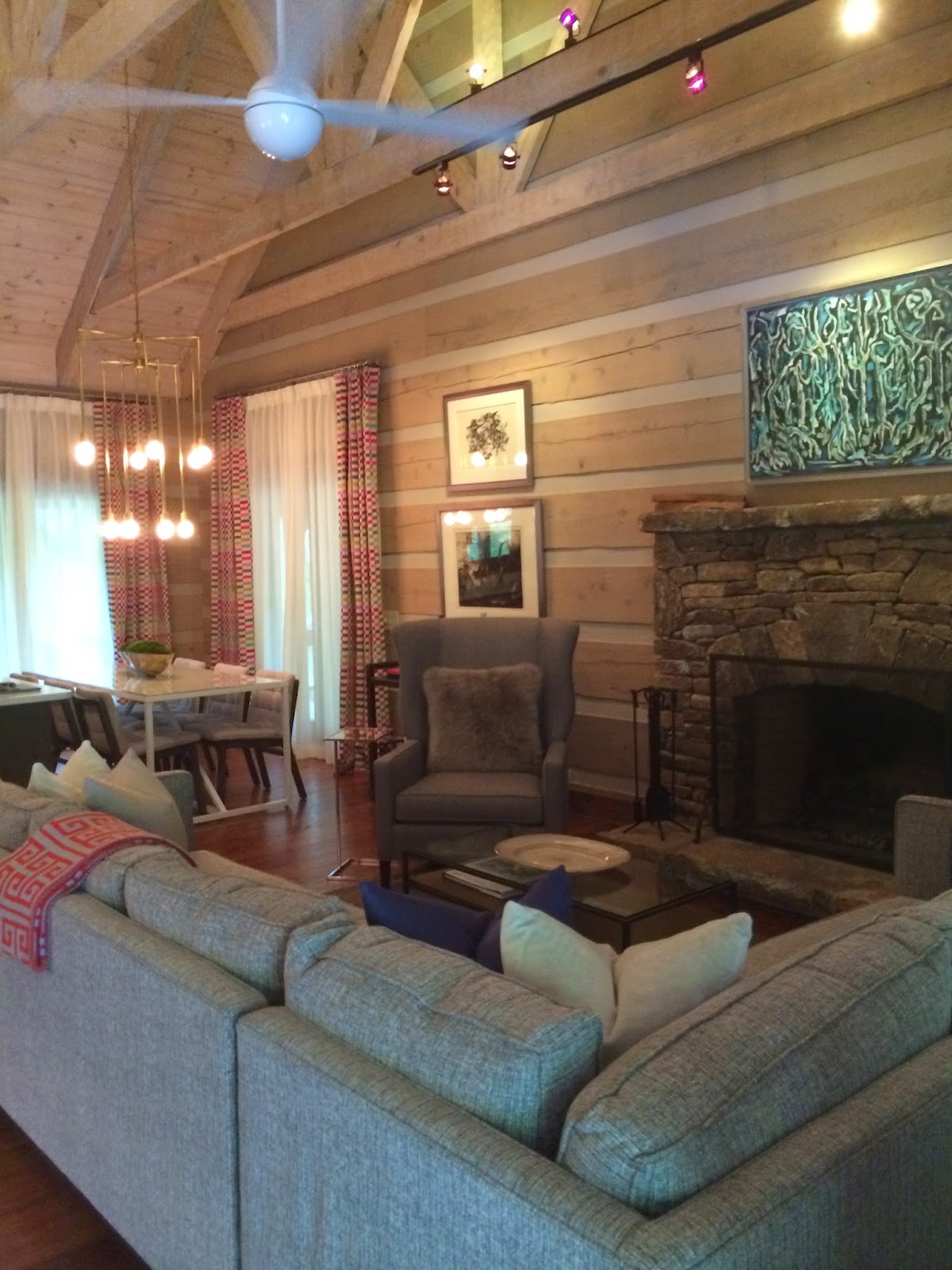 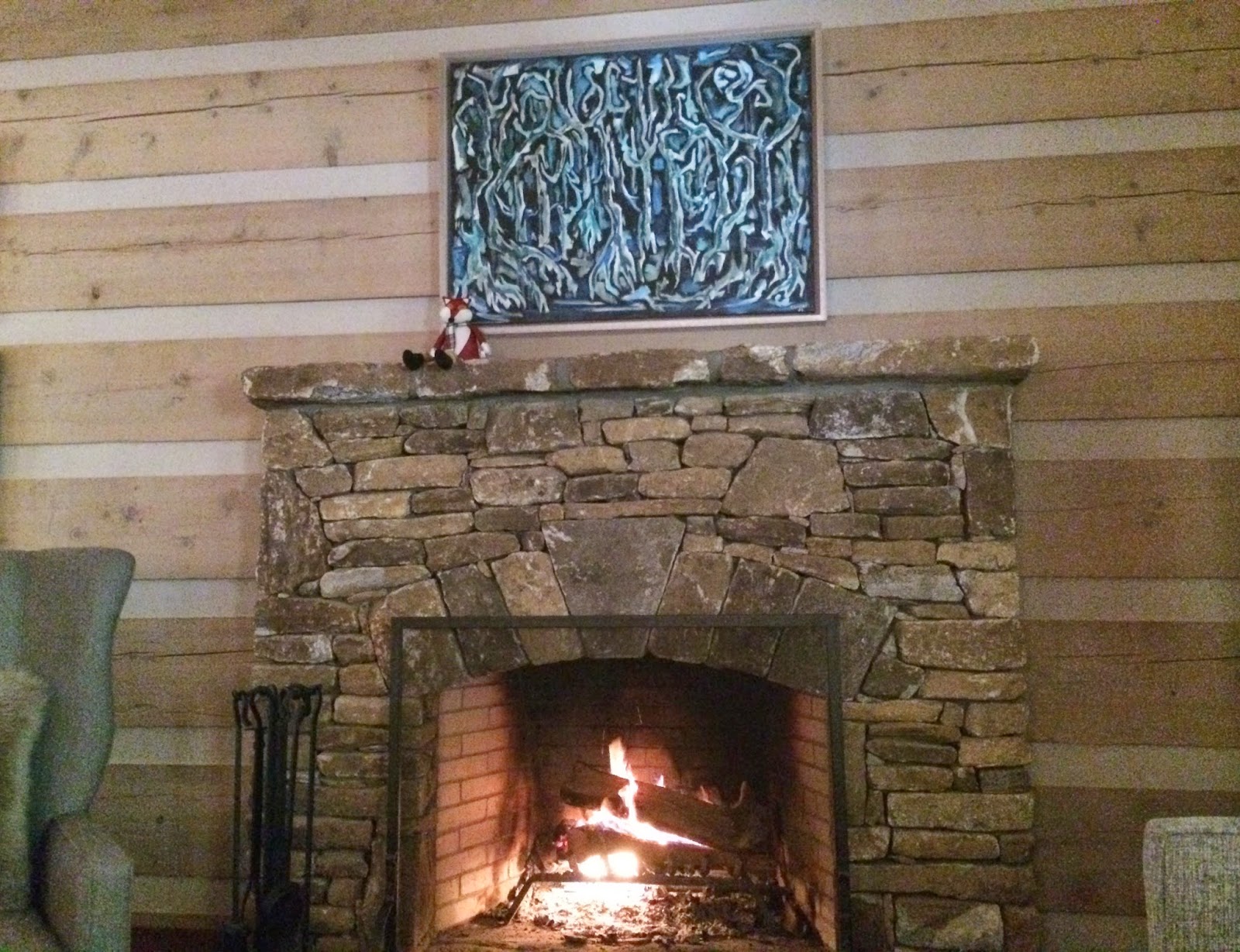 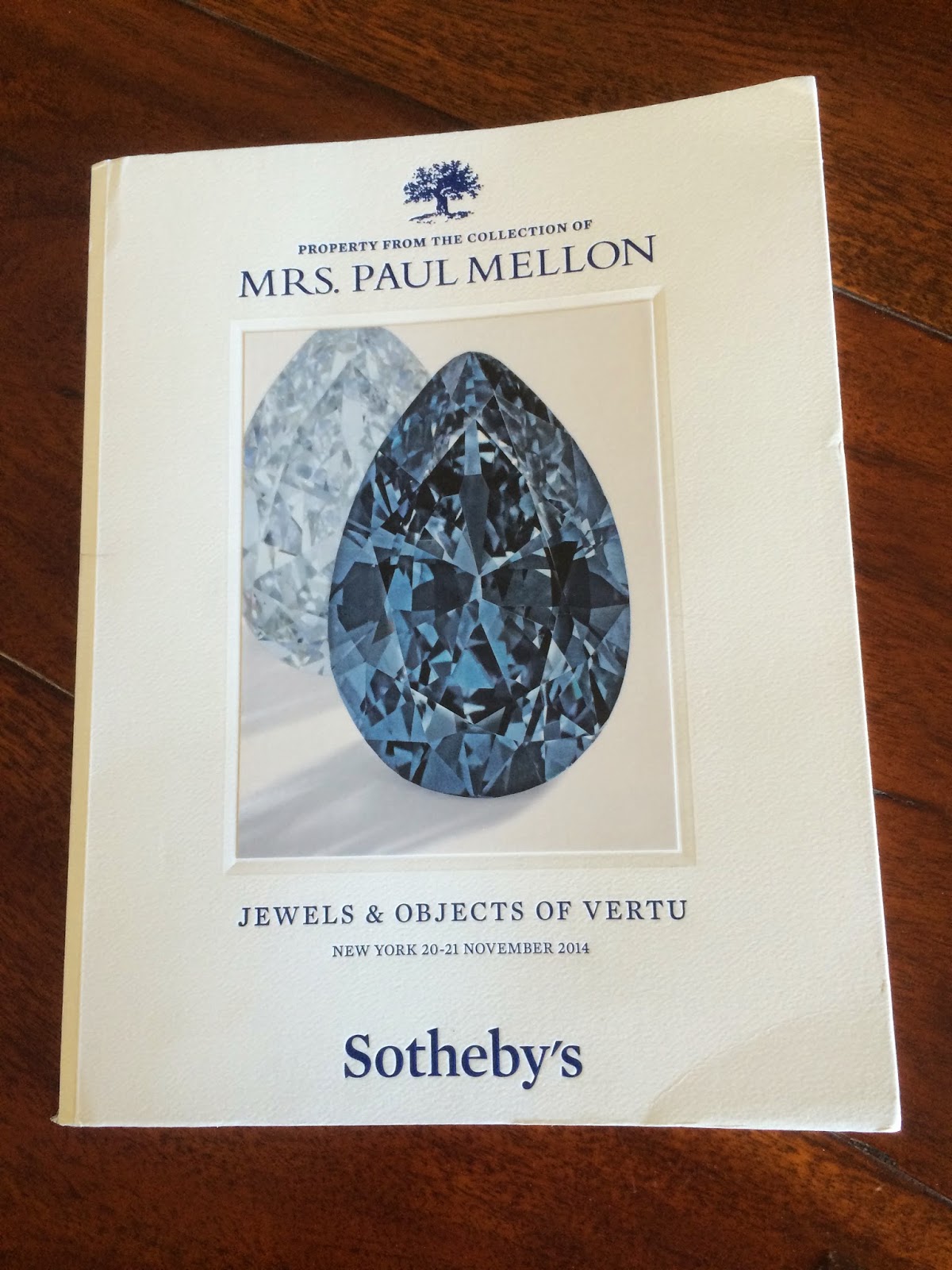 One of life's pleasures, and one so easily forgotten when one lives in a high-rise, is a Saturday morning on the sofa reading in front of a fire. My friend David had the Sotheby's catalogue of Mrs Paul Mellon's Jewels and Objects of Vertu which for him, as a jewelry designer and certified gemologist, is of great interest. I find objects of vertu endlessly fascinating though I am not given to whole troves of them spread out over our table tops, but two of Mrs Mellon's caught my eye. One, the tri-color gold box resembling overlapping oak leaves by Verdura and the second, a gold, gem-set and enamel table ornament in the form of a pomegranate, also by Verdura. I could clear a surface or two for those. 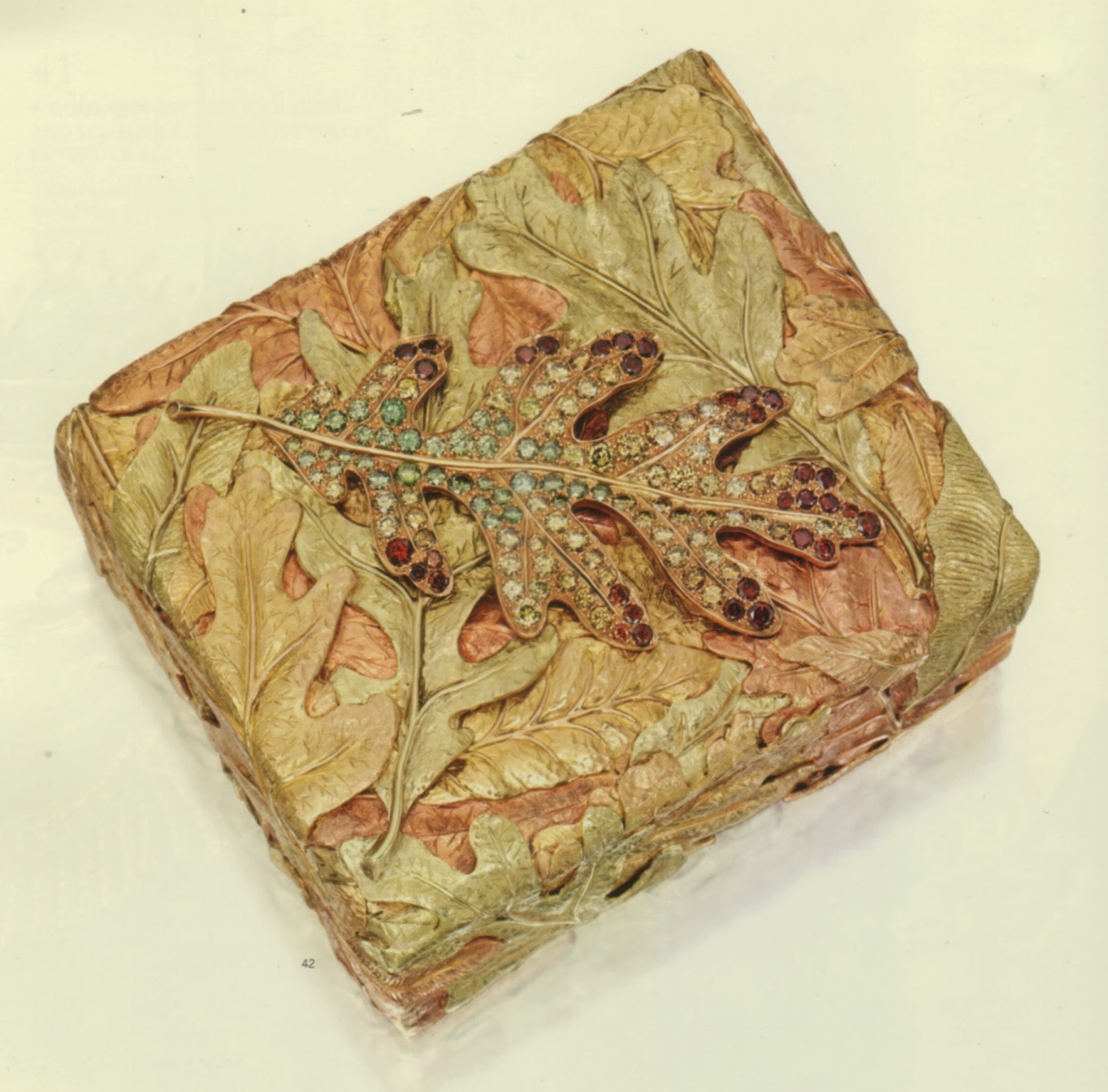 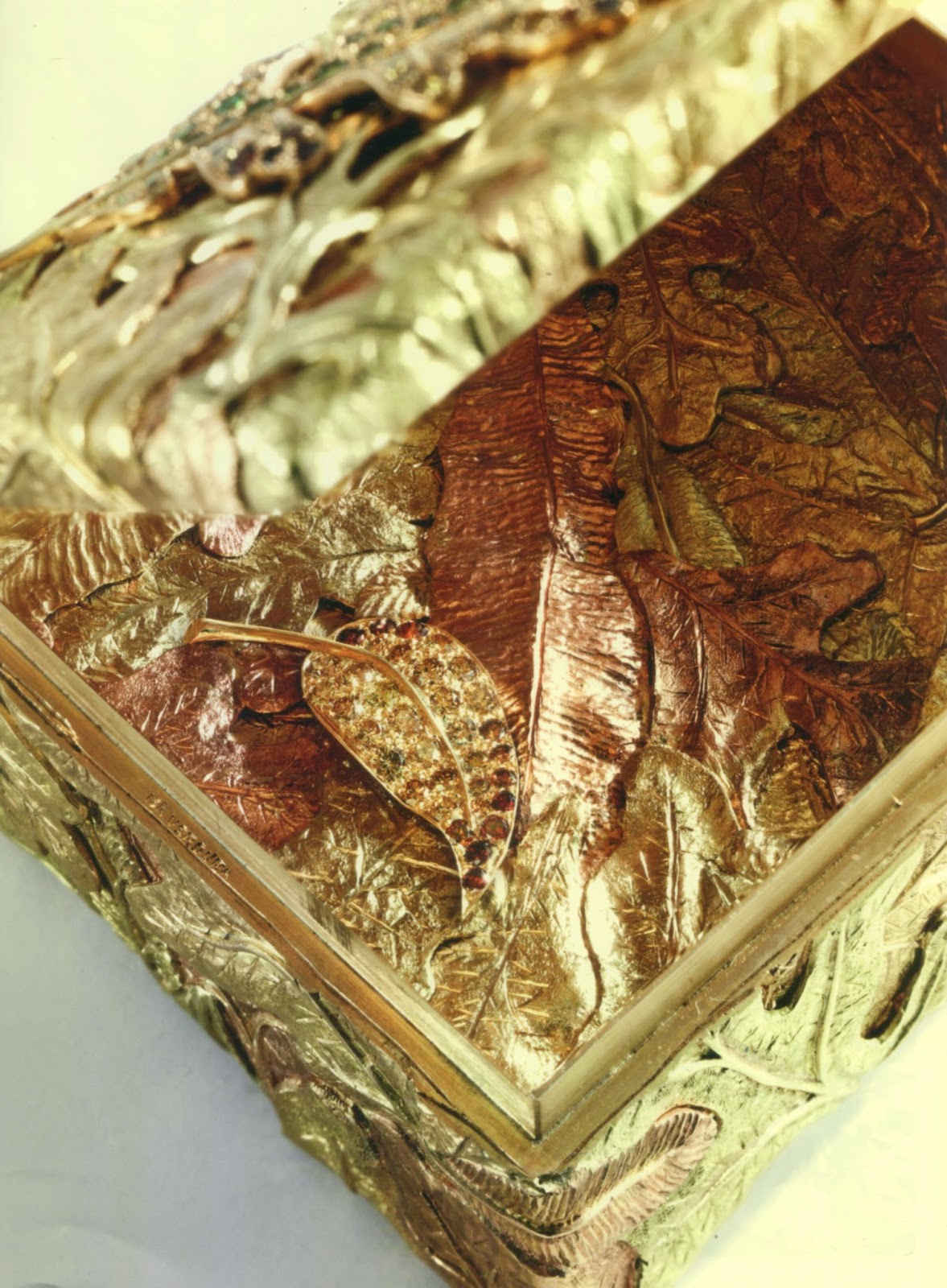 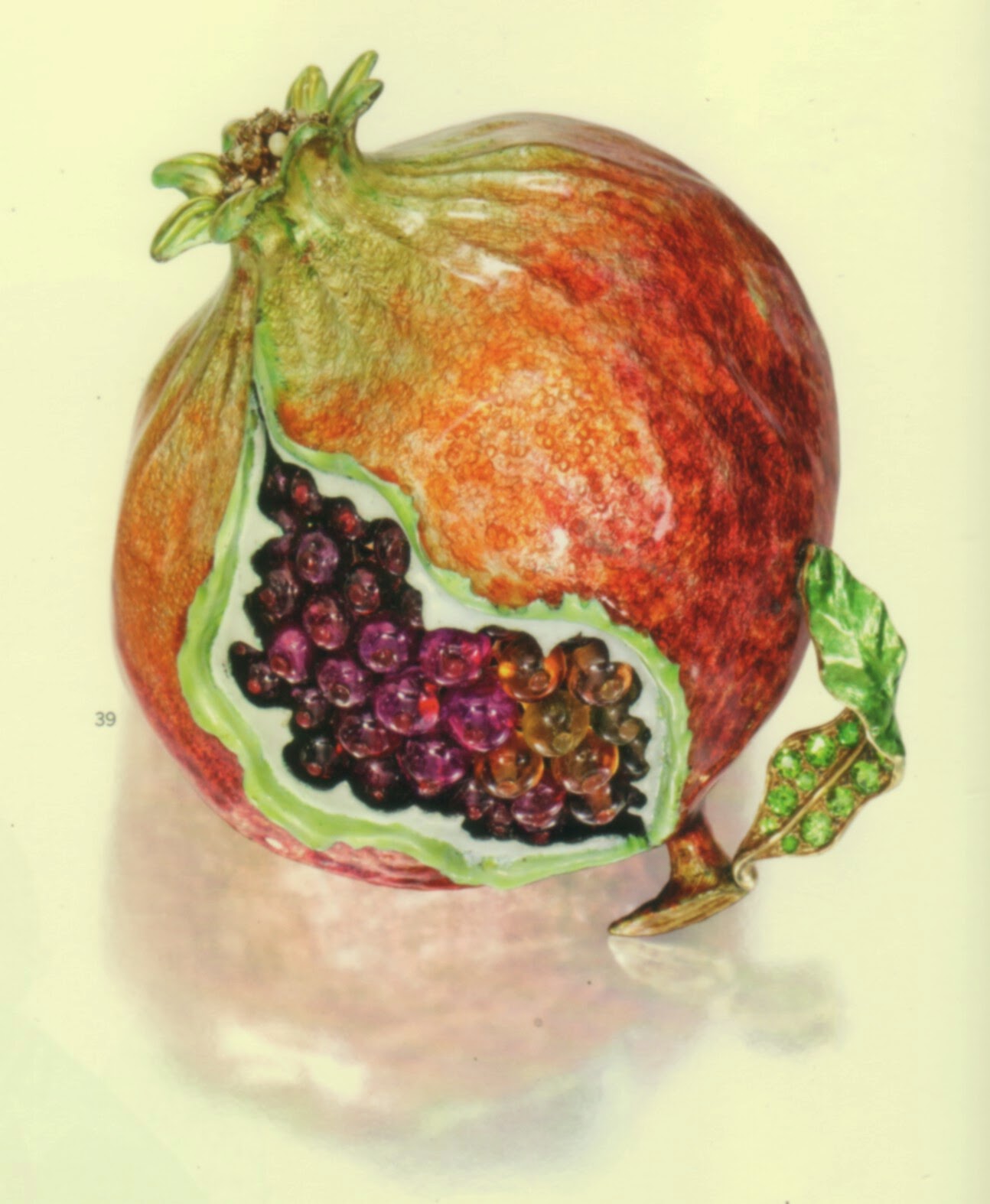 Mrs Paul Mellon, repeatedly, whilst alive and despite an indomitable guarding of her privacy, was epitomized as a nonpareil of taste and, now that we can see some of her interiors, she seems to have enjoyed large pleasant, conventional and discrete rooms – so ordinary unstudied, in fact, some people are hard-pressed to find anything spectacular about them and are reduced to making quite silly statements about her. Before you read the following from Miles Redd, let me say I have nothing against understanding straw, settees, (even when pronounced settays), "Orkney" chairs or, even, Mr Redd.

"Someone very grand  once told me that it takes a lot of style to understand straw, and I do believe Mrs Mellon almost invented that notion. To be able to see the rustic chic in an Orkney chair and then walk to the other side of the street and appreciate the refined curves of the gilt and chalk Settee takes a special eye, and she had it." 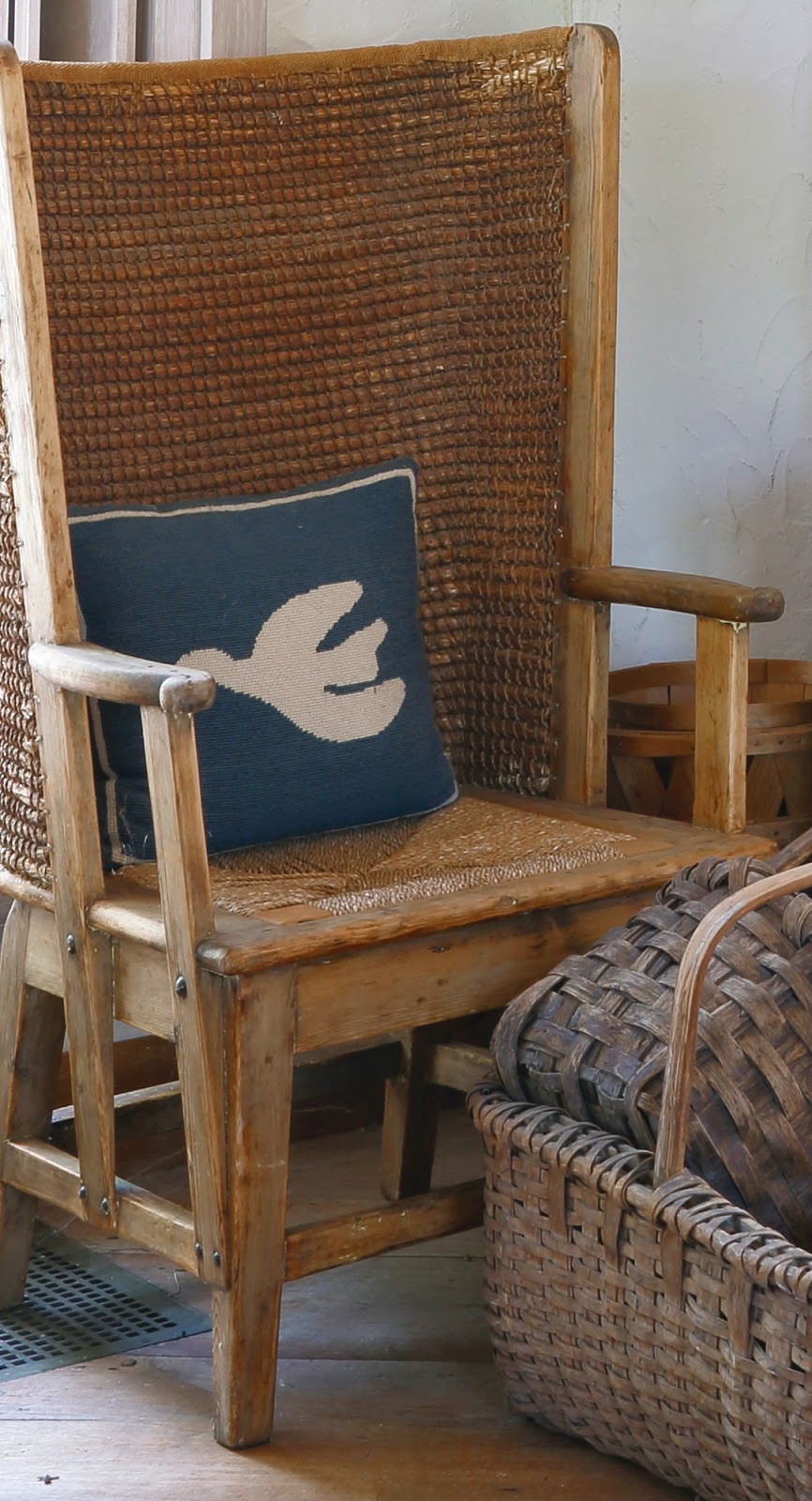 The Orkney chair – given its present-day form in the late nineteenth-century. The original developed in circumstances in which these modern-day extollers of "rustic chic' would be horrified to find themselves. 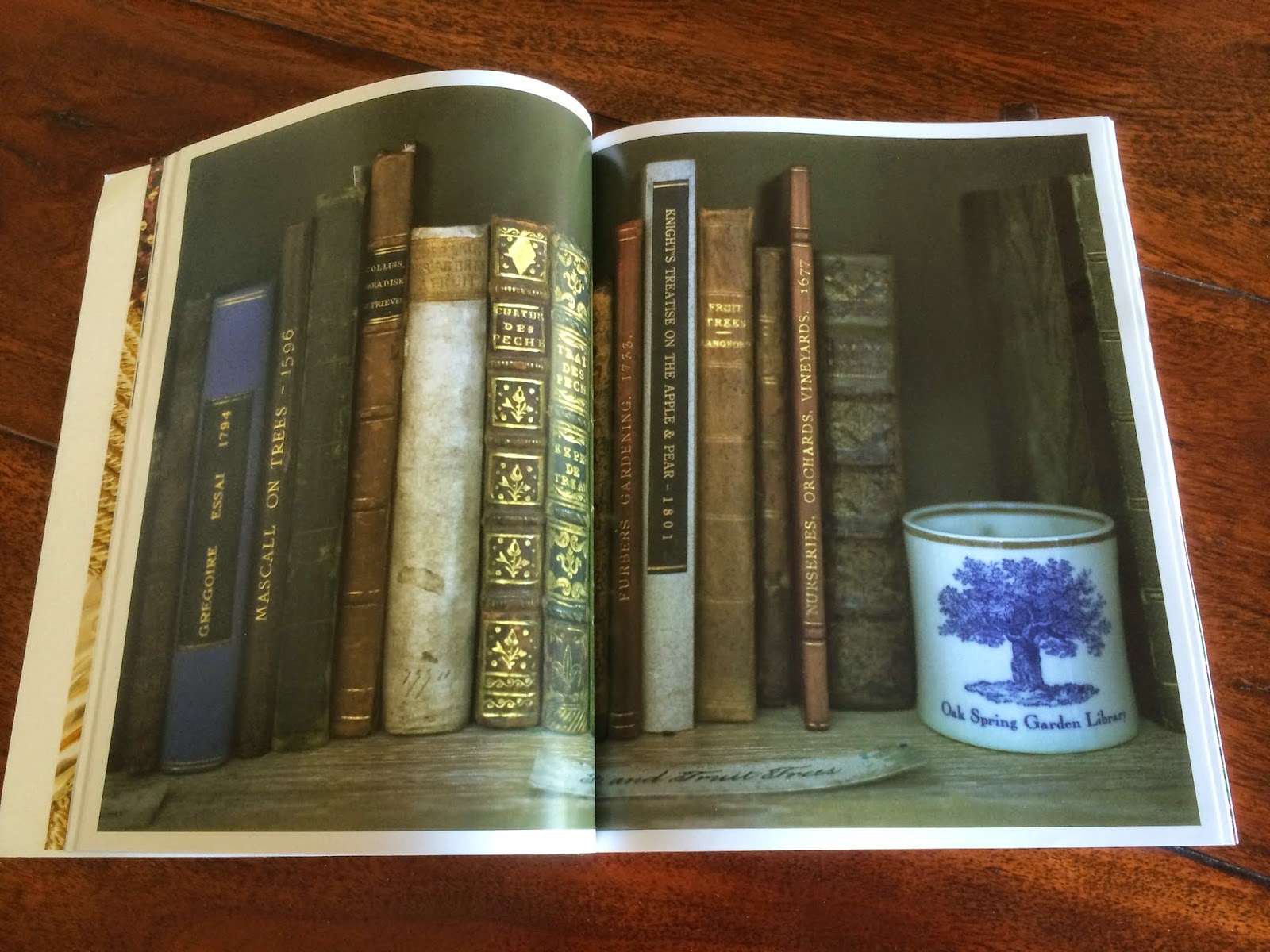 In conclusion: who would not wish to have had time in Mrs Mellon's library, browsing her books and, taking advantage of her hospitality, read at leisure as fancy struck. I, for one, would have loved it. 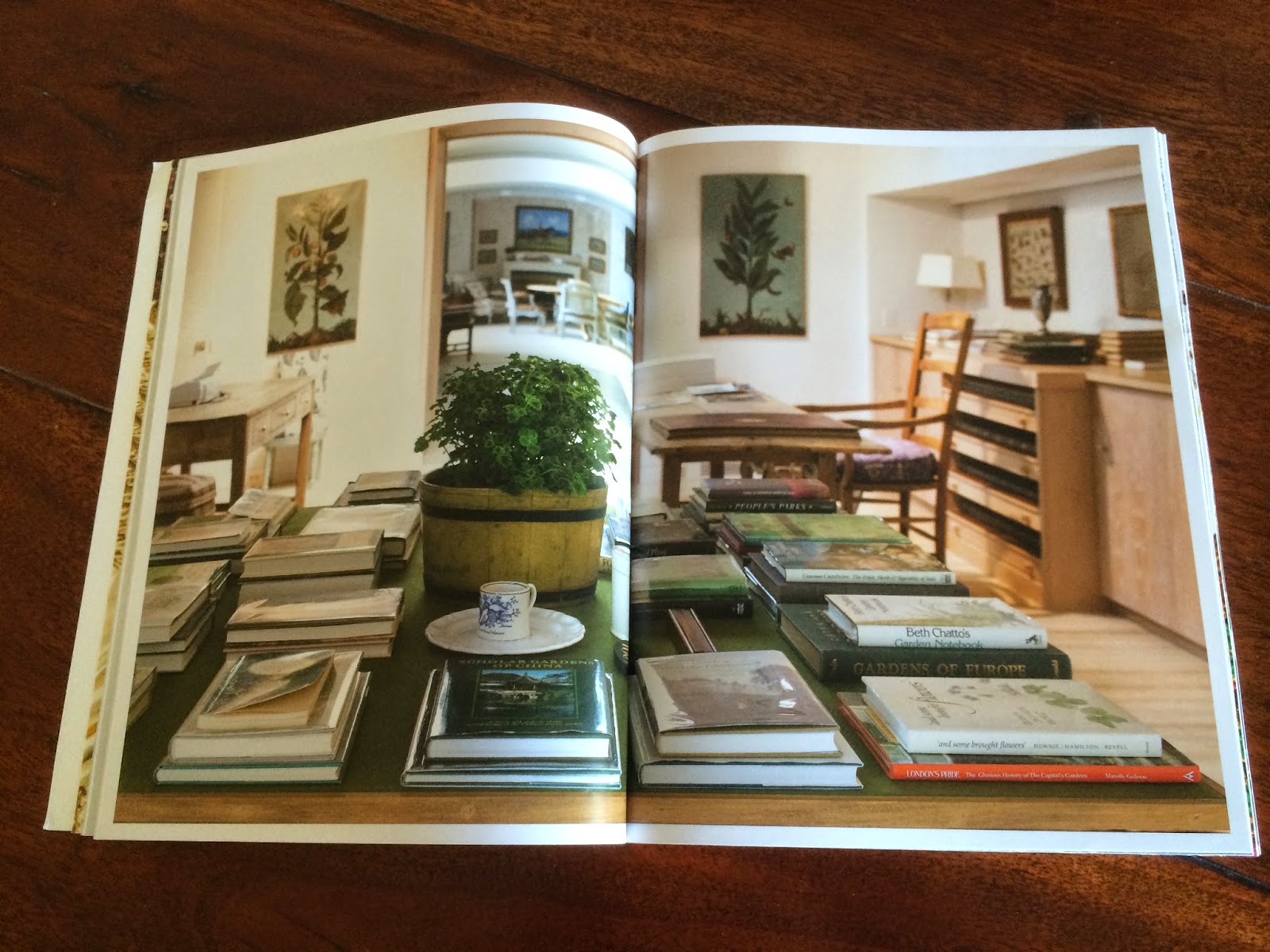 Photographs of Mrs Mellon's tricolor gold box, pomegranate table ornament, and books from the catalogue.
Posted by Blue at 9:51 AM