Baton Bob and Synonyms in Decoration 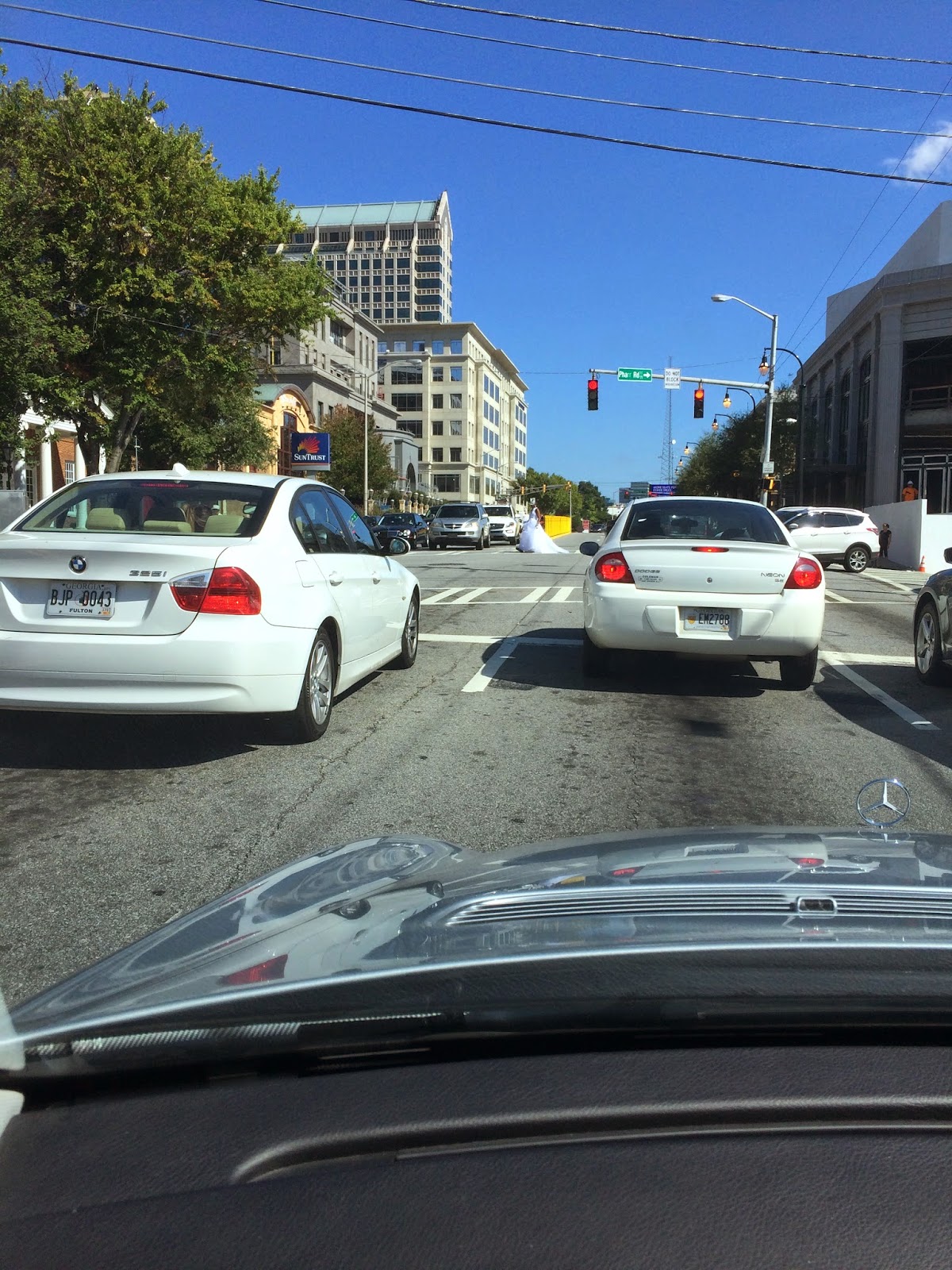 During a pre-theatre (Gilbert and Sullivan's HMS Pinafore) dinner recently, I watched eight identically-dressed young women walk by our table – long blonde hair, flimsy dresses and clumpy shoes – a look not improved by the effects of the late-summer storm they'd just arrived in. Obviously, I thought – as I munched on black             rice, butternut squash, golden raisins, and cilantro with brazil nut pesto – no-one had noticed or maybe cared that the tipping point had been reached – the point beyond which fashion becomes uniform, and individuality apparent only in the unsuitability of the raiment for the figure, rather than in any other way.

I'm not so much of a believer in barroom psychology, but I did wonder that evening if group dynamics require such conformity of dress and, indeed, if group norms apply in interior design. It could be said that there is conformity in design judging by what is visible on Tumblr, Pinterest and blogs; but lacking any scientific data, I'll have to rely solely on my jaundiced eye. 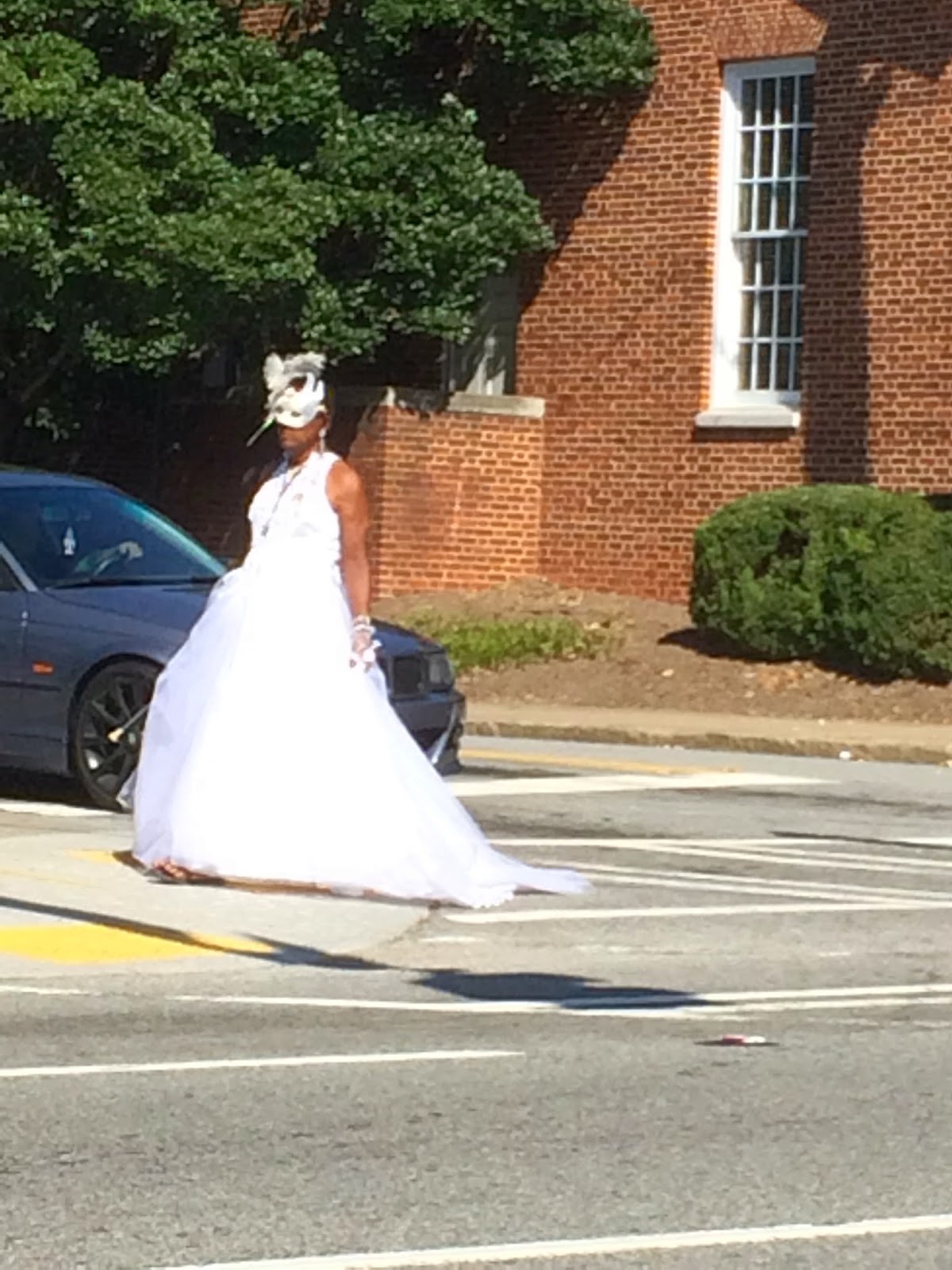 Baton Bob, the figure in the two photographs above and a much-loved character (by me at least) in Atlanta, is often to be found strutting his stuff on Peachtree Road. His whistle is the first indication he is somewhere around, and I wish I could tell you how happy I was at seeing a bride shining in the shade by the side of the new mixed-use development, where only the day before the Celt and I had been stranded in a mosquito-infested, unfinished space without any means of exit (try explaining to 911 that the space where you are trapped is part of a complex called Buckhead, Atlanta that itself is located in Buckhead, Atlanta. Talk about a comedy of errors!) Without taking this sighting of Baton Bob too seriously, for me he represents the Individual, the Jester, if not the Fool of the Tarot, in a sea of conformity.

So, where am I going with this? I'd like to say I intend to post pictures of interiors that represent a certain individuality, but as I write I wonder, despite the wonders of Tumblr and Pinterest, if there might be a paucity of imagery suitable to my task. The English, mysteriously to me, are considered to be eccentric, if only in their decorating. What I have seen of spaces considered to be individual or eccentric is that frequently they resemble the attics of down-at-heel aristocratic hoarders or, worse, the rural digs of the Bloomsberries – in short, an accumulation of kit and effect that makes one itch to clear the lot out. I've also been musing about an occasional series called Synonyms in Decoration – about interiors that are out of the ordinary, don't shriek of trend and are perhaps representative of an idea not immediately definable. In other words, rooms that are individual fantasies in a conforming world. It seems such a good idea yet I might fall flat on my face. In the way that it's easy to come up with a good title for a book but writing a book is a "hoooolnuther thang" as they say around here. So, with my own little ignis fatuus, as it were, by my side I'll begin with the title Synonyms of Fantasy in Decoration and go from there. 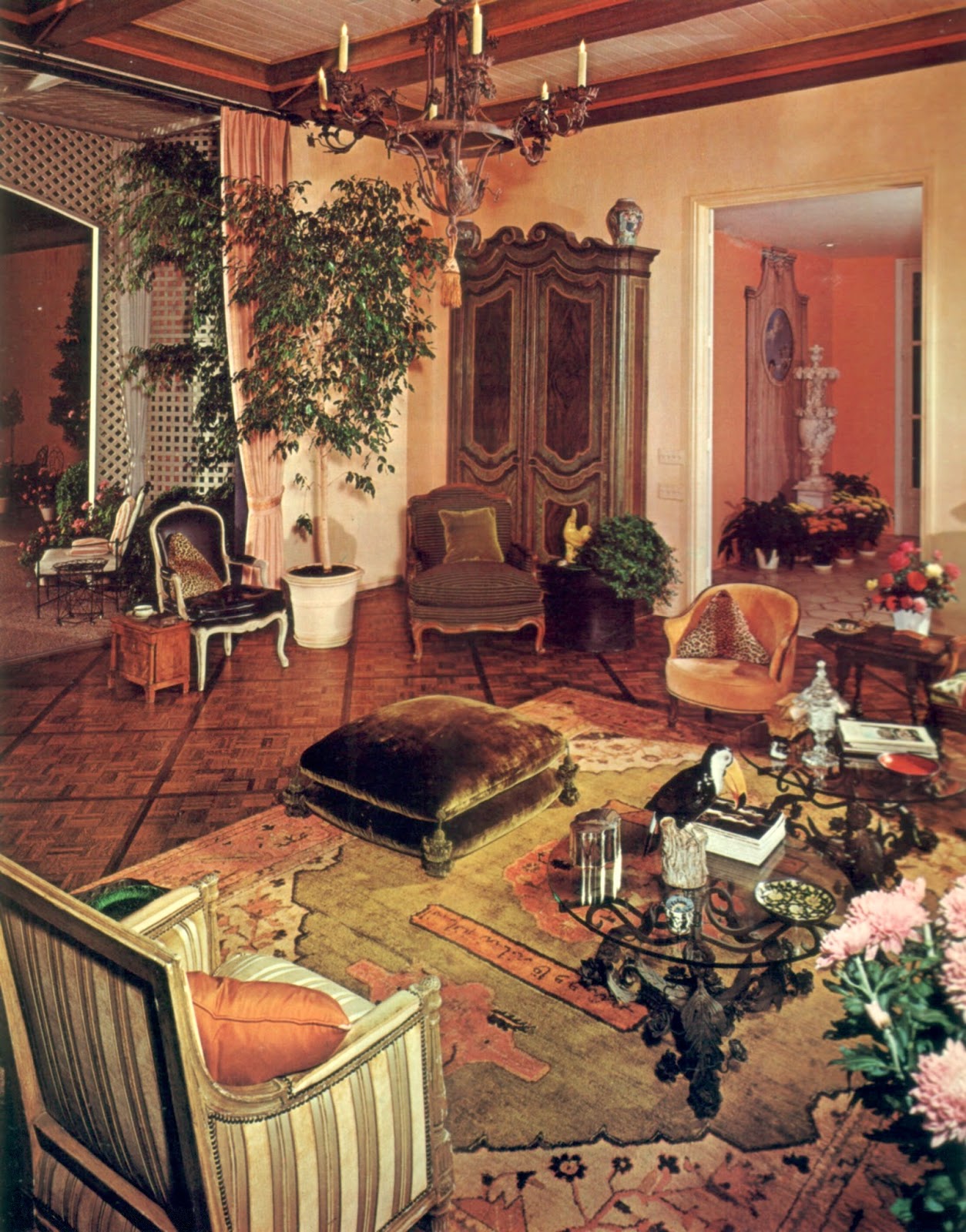 In these photographs the synonym for fantasy is the illusory depiction of an ancient Arab bazaar, drawn in a Renaissance manner with life-size human figures that seem both to attend and ignore the viewer – the whole, mural, decoration and architecture, suggestive of early twentieth-century American travels in Italy and Venice.  Now, fifty-three years after it was published, this house, from a richer period of decoration than we know today, to my eye has depth, subtlety and refinement that is rare. 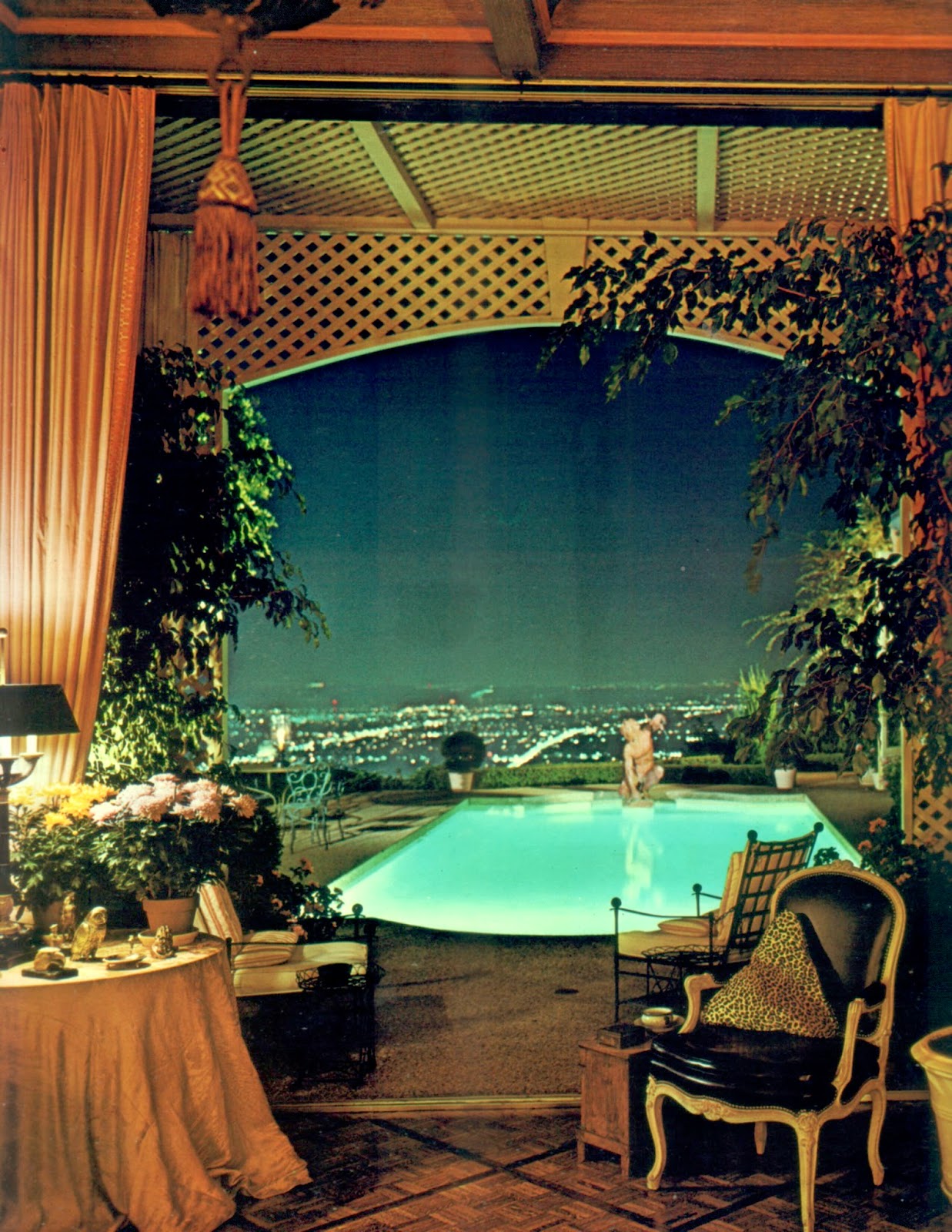 Group dynamics, then, would suggest that fifty years ago this house was not untypical but I wonder why it never became legendary (not a description of a house I normally like but it is in someway synonymous with fantasy). I wonder if the tide for mural decoration had already turned. It was only ten years later that the whole rage for faux finishes broke out and real picture-making on walls became stranded in an historical alley. But, that is a post for a hooooolnuther day. 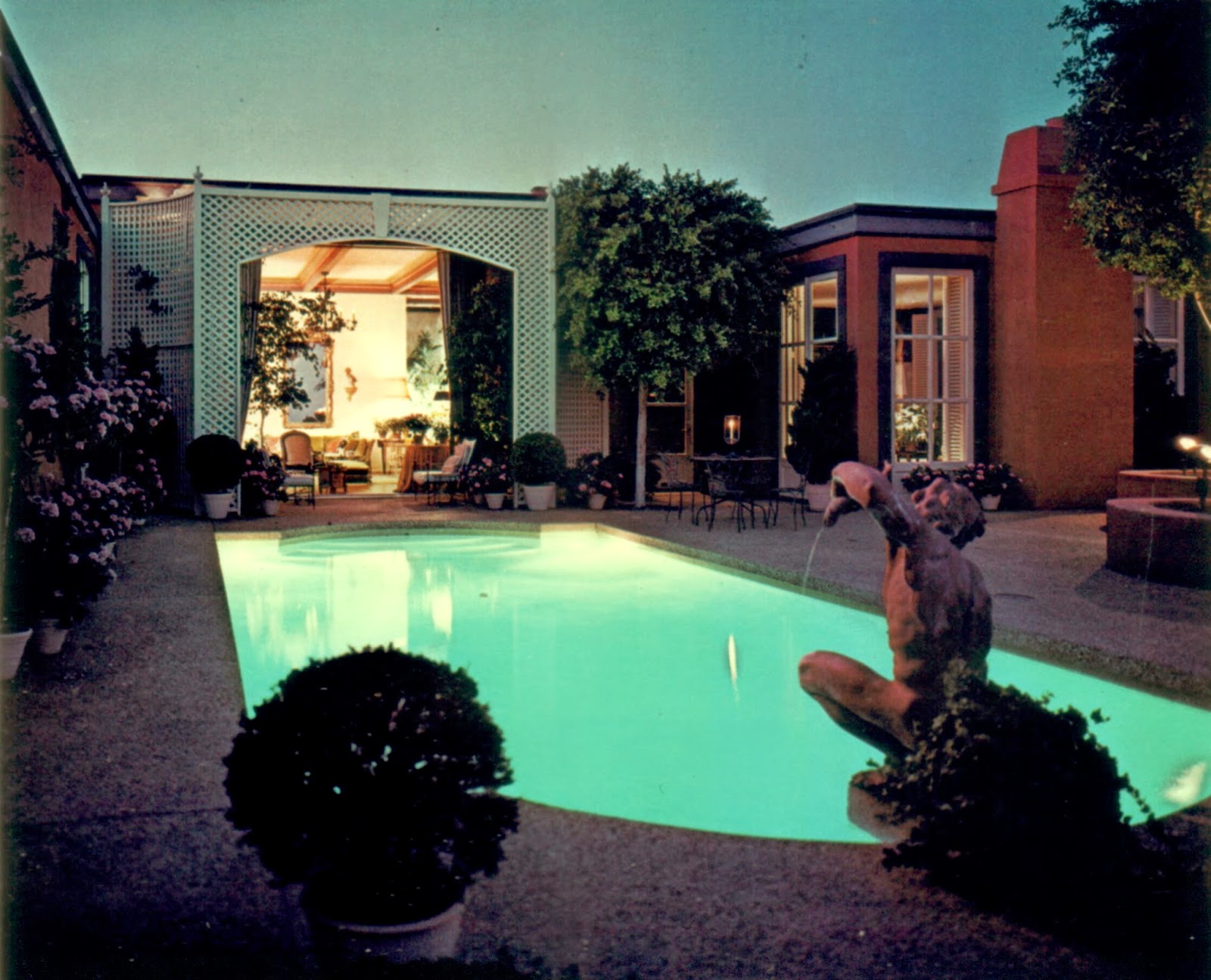 The owner of the house and the decorator was William Chidester.
The architect was Walter Wilkman AIA 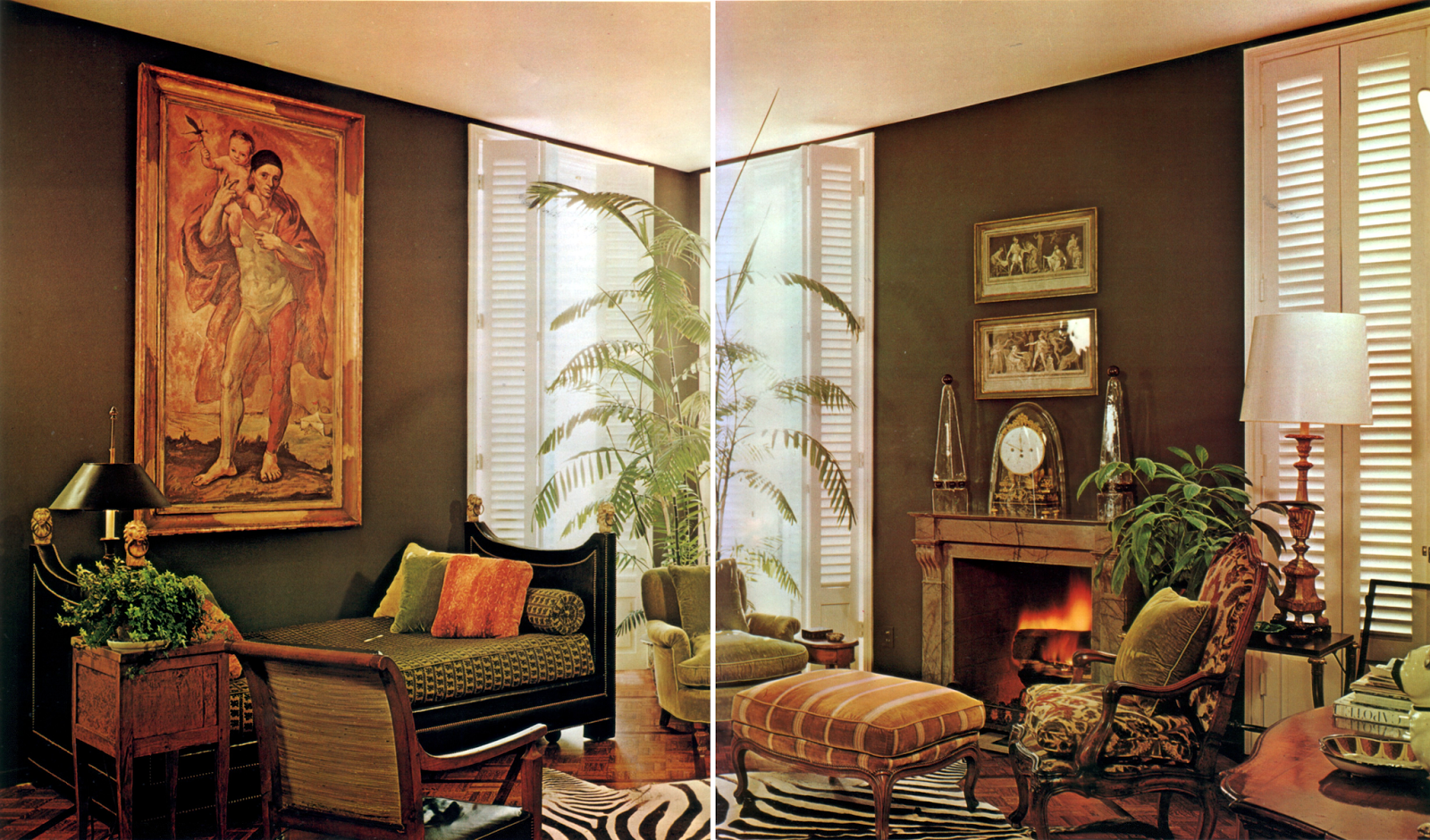 The muralist, and the painter of the picture above, was Douglas Riseborough about whom I find very little online that is satisfactory. 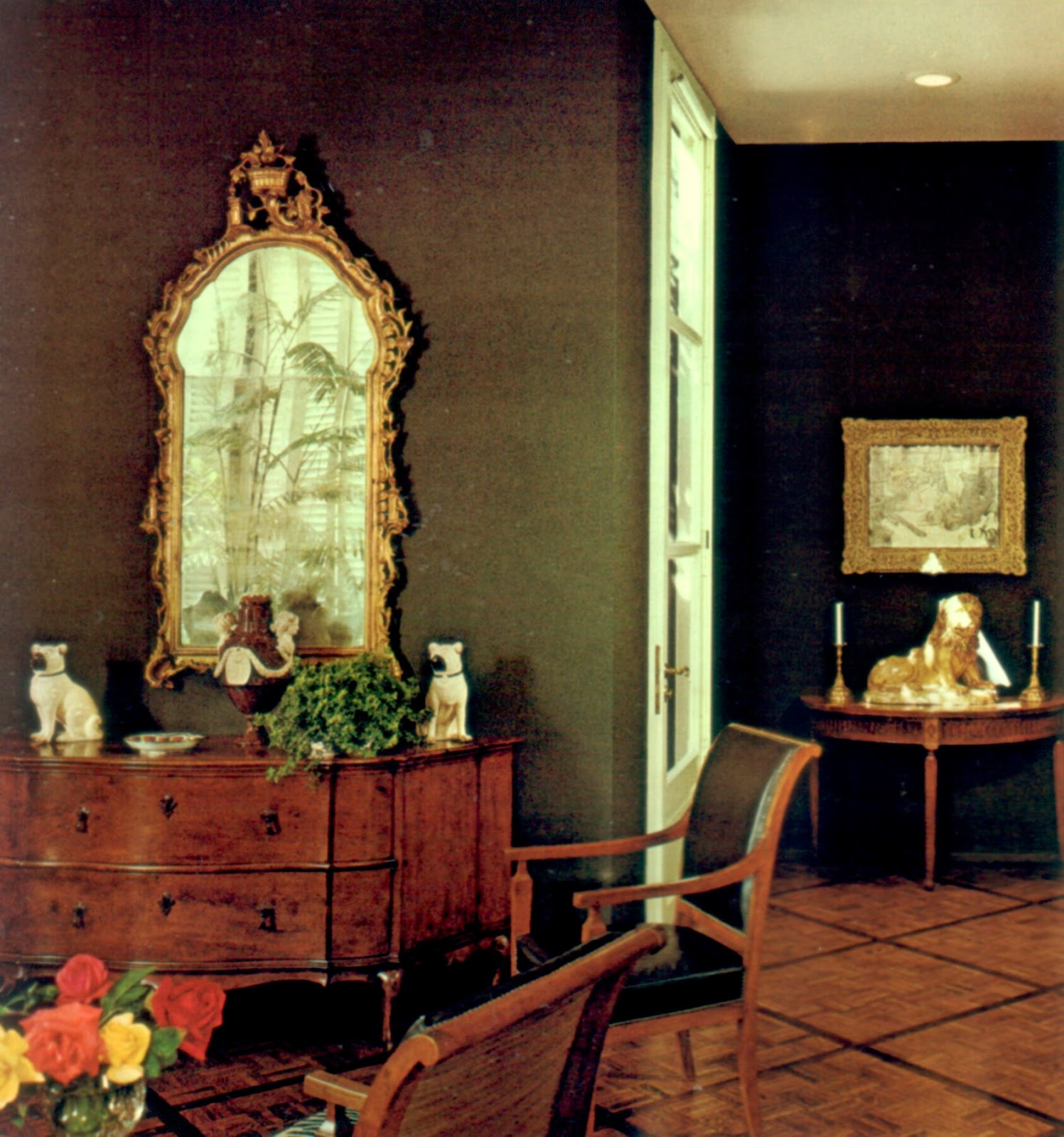 Photographs by Danforth-Tidmarsh, published in Architectural Digest, March-April 1971
Posted by Blue at 9:02 AM